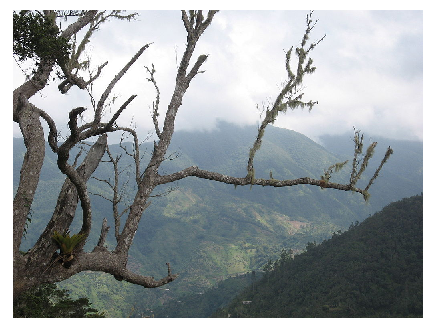 The announcement was made at UNESCO’s World Heritage Committee meeting held in Bonn, Germany.

Nominations for inscription on the World Heritage List this year include five natural sites, 31 cultural sites and one mixed site, i.e. both natural and cultural.

The inscription represents the first World Heritage site for Jamaica and the first mixed (cultural and natural) site for the Caribbean sub-region.

Jamaica now joins the list of iconic sites such as the Great Wall of China, the Pyramids of Giza, Egypt, the Taj Mahal of India and Acropolis of Athens, Great Barrier Reef of Australia and the Pitons in St Lucia.

According to a Jamaica Observer press report, the Minister of Youth and Culture Lisa Hanna in an address to the World Heritage Committee said, “This has been quite a journey for us as a country. The experience has taught us many things, and among them, we have learnt to appreciate our distinctive natural and cultural heritage even more. There is a natural mystic that belies who we are as a county and as a people. A small nation with unabashed resolve and courage giving to the world the King of Reggae Music Bob Marley and the fastest Man and woman on land; Usain Bolt and Shelly-Ann Fraser Pryce.”

She further said, “To this end, we want the world to not only drink our Blue Mountain Coffee but also see the outstanding universal value of the Blue and John Crow Mountains, a site that the world can embrace as its own, exhibiting the natural and cultural values that will give an understanding over our “Jamaicaness.”

Also, representing Jamaica at the meeting was Colonel of the Moore Town Maroons, Wallace Sterling, who reportedly said, “We know our ancestors are looking down on this moment, very proud that this universal prestige is being given to us, in part because they were selfless, committed, strong, cunning and resourceful persons who found ingenious ways to dismantle a system that blighted peoples of the region. Their efforts to put an end to one of the darkest periods of our history are what we acknowledge and celebrate as Maroons today. Importantly, we hail the legacy passed on to us by our ancestors — they have helped to shape our identity of self, and community.”

World Heritage status is attributed to places around the globe that are deemed to have universal value to humanity.

There are currently 1007 sites on the World Heritage List.

Eighteen sites have been recommended for inscription to the list and are being deliberated during the 39th session of the World Heritage Committee that ends on July 8.