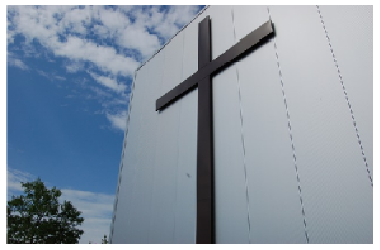 She is said to have been the oldest person in the world. She died just weeks before her 119th birthday, a spokesman for the nursing home where she spent her final years told the Associated Press.

“There’s a great sadness but … it was her desire to join her beloved brother,” said spokesman David Tavella, according to the AFP news agency. “For her, it’s a liberation.”

Prior to becoming a Catholic nun, she worked as a teacher and governess.

Additionally, she worked at a hospital with orphans and elderly people in France.

She was officially recognized as the oldest living person in April last year, following the death of 119-year-old Japanese woman Kane Tanaka.

“They say work kills, but it’s work that made me live,” she said after receiving the title, according to French media. “I worked until I was 108.”

The record for the oldest person ever was held by Frenchwoman Jeanne Louise Calment, who was 122 years and 164 days old when she died in 1997.

Do you want to add feedback to this story? Please add a comment in the box below or send an email to info@thereadersbureau.com. Call us at 646-874-7976