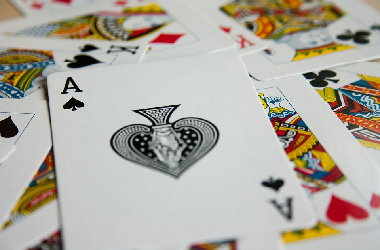 Reshuffling the Cabinet is like an escape ramp, albeit too small and without enough dampers to slow a runaway truck.

Many folks are looking forward to a reshuffle, perhaps hoping that this considered act will be the beginning of regaining control. Consider for a moment our experience with reshuffling the deck or the players for a significant change in fortunes.

We are prone to think if we had better cards or fewer handicaps, we would have won the game. So, a deck that seems adverse, or players who are deemed ineffective at a particular task are rotated to face a less daunting challenge and altogether we have a better chance at winning. The problem with that mindset is what it reveals.

We blame the hand we are dealt, rather than accept that our players are relatively inefficient in reading the game and making innocuous counter moves to regain the upper hand.

If this was a game of dominos and we requested a shuffle and swapped seats to better counter the opposition, I’d put my money on the opposing team. The problem is that there is nothing adverse about the cards to be played, but we are waist-deep in thinking it so.

The problem is not personnel being ill-suited to the task but that our attitude towards poverty, though very focused on our own escape, is a legacy learned, conditioned, and finds joyful fulfillment being condescending and antagonistic towards others yet to make their escape. This is sadistic.

Moreover, we deny the urgency for rehabilitation in our lives is warranted.

Designing policies to fix this aspect of ourselves- which incidentally, we are quick to accuse and tag others with while denying that we too have that blind spot, is not an easy road to hoe, absent our admission.

For, what we are really saying is that other people and their problems are the big conundrums we face. We say this while insisting our flaws and indulgences are not only negligible in terms of moral failures, but they do also not contribute to the ripples, or moreover make our country’s tsunami of corruption an indictment to which we should plead guilty.

It’s not us. It’s them. Nothing could be further from the truth. Fixing me before attempting to fix you gives more bang for the buck.

Reshuffling a Cabinet doesn’t address this aspect of ourselves which cannot but restrain our growth and productivity.

Our low productivity cannot be divorced from this dishonest and duplicitous “A suh de thing set” mentality.

We make progress, I think, not only by good intentions but by allowing people we love and serve to reclaim their dignity and be entitled to it. Now that is worth a shuffle and a “Pay it forward”, down payment.