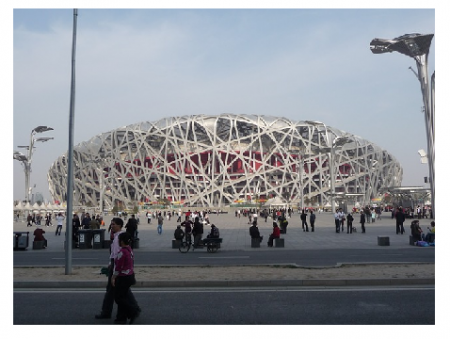 China is the world’s second largest economy and continues to grow at one of the fastest economic rate in the world.

The country has also been lauded for its growth and development in science and technology as well as other sectors.

It has benefitted significantly from trading with countries in the Middle East including Syria.

Now, given the human crisis in Syria, one is forced to ask, where is the Chinese soul? Shouldn’t they be making a resettlement offer to the Syrian refugees as other countries are doing, even though many of them are in dire financial and economic strait?

It is argued that culture and distance may be major barriers in preventing such an offer from China happening — really? Such argument is nothing but balderdash as many Western European countries could also make similar claims to issues such as differences in language, customs, norms, and integration among others.

The fact is if China is regarded as assuming world leadership, it should not only be on the basis of economic and military domination, but also in other spheres of life.

The xenophobia and petty nationalism that so often plague and afflict many countries gives one reasons to applaud some European countries for their generosity and their world view towards humanity.

On the face of it, the perception is China offers help only when it suits their interest economically. This certainly is not a Public Relations image that any country would want to have, let alone a country that is only next in power to the United States.

So, while the European countries and their Western allies are busy out there seeking to resolve the conflict and bring some sense of peace and calm to the Middle East, China sits back and wait for the outcome — this is tantamount to reaping, but not sowing.

The truth is the current situation in Syria is a major humanitarian crisis facing the world — 4.5 million refugees is no small number or matter.

Countries such as China ought to help, if not in resettlement, certainly they ought to provide all the financial resources possible to help with this tragic situation in Syria.

Furthermore, countries with vast land space and small population are best poised to help in taking off some of pressure off countries that are not so well endowed — New Zealand, Guyana, and Belize readily come to mind.