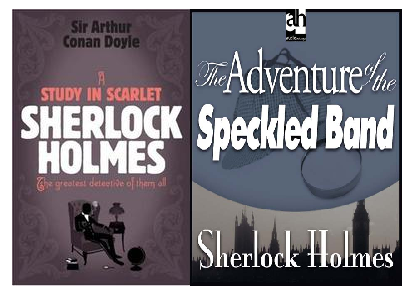 The fictional stories behind the detective Sherlock Holmes is the creation of Scottish prolific writer and physician, Sir Arthur Conan Doyle.

Holmes’ attributes include astute logical reasoning, ability to adopt almost any disguise, and use of forensic science to solve difficult cases.

This fictional character has continued to capture the mind and interest of avid readers over the years.

Here are some of Holmes’ memorable quotes:

-A Study in Scarlet

-The Adventure of the Dancing Man

-The Adventure of the Speckled Band

-A Case of Identity

-The Adventure of the Blue Carbuncle

-A Scandal in Bohemia

-A Scandal in Bohemia

-The Man with the Twisted Lip