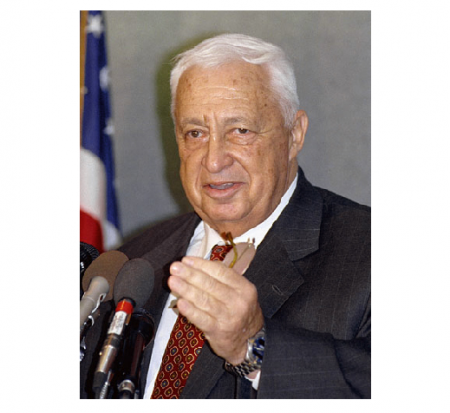 Former Israeli Prime Minister Ariel Sharon has died at age 85 after spending eight years in a coma following a stroke.

He was a general and statesman who played a key role in shaping Israel and influencing the wider Middle East region.

He is described by President Shimon Peres as an “exceptional man and an exceptional commander who moved his people and loved them and the people loved him.”

The man on the street, viewed him as tough, a brave soldier, and one who understands the reality of the politics in the Middle East.

Moreover, to many Israelis, he was a heroic warrior, having led decisive campaigns in the 1967 and 1973 wars.

On the other hand, the Palestinians saw him as an enemy to be hated and feared as well as a killer and a criminal.

One Palestinian political spokesman declared that while no one should gloat at his death, Mr. Sharon had taken “ a path of war and aggression” and had left “no good memories with Palestinians.”

Ariel Sharon was not only respected and despised around the world, but he has also left an enduring legacy that defines any future political engagement within the region.

As Sharon’s life was clothed in controversy, so too his death now seems to be shrouded in messianic prophecy and this has led to a frenzy and debate among members of some religious groups.

This is predicated on the prophecy of the highly venerated Rabbi Yitzhak Kaduri, who on the Day of Atonement in 2005, had a vision where he claimed to have “met the Messiah.”

In his vision, he revealed that the Messiah couldn’t arrive until former Israeli Prime Minister Ariel Sharon was dead.

Kaduri, the most famous rabbi in Israeli’s modern history, at 108-years old, left a cryptic death note revealing the name of the long-awaited Messiah as “Yehoshua,” which translates as Jesus.

He is said to have made several accurate prophecies, including foreseeing the tsunami which hit the Indonesian coast in 2004.

Consequently, there is now a clamoring for books and articles about the life and death of Kaduri.