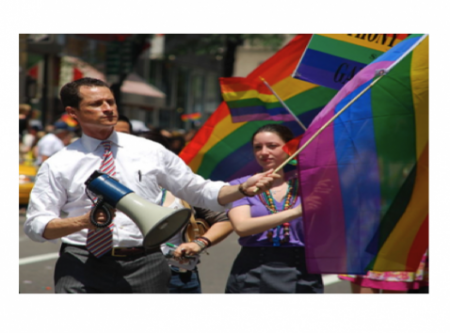 “The difference between sex and death is that with death you can do it alone and no one is going to make fun of you.” – Woody Allen

Anthony Weiner details how many women he´s had online

The sex life of birds and why it´s important

Sex on campus: she can play that game too

The foregoing headlines can be encapsulated in the three-letter word – sex.

It is a topic that has stimulated and aroused the interest of people since time immemorial.

Today, it is generating a lot of heat in the media as a result of the dalliance of some of our elected politicians and one man in particular at this time – Anthony David Weiner aka Carlos Danger.

Weiner was born on September 4, 1964 in Brooklyn, New York. He is six feet and five inches tall, is married to Huma Abedin, and has one child. He graduated from State University of New York, Plattsburgh in 1985 with a Bachelor of Arts in Political Science.

His early career in politics began as a congressional aide. He later became member of the New York city Council and thereafter ran unsuccessfully for mayor of New York in 2005.

In 1998, he was elected to the U.S. House of Representatives where he served as a member until 2011.

The truth be told, Weiner has been an industrious and effective politician both in the New York City Council and House of Representatives.

However, his trouble began in 2011 when he was linked to sending sexually suggestive photographs of himself to a woman who was following him on twitter. It was, however, revealed later that he had exchanged messages and photos of an explicit nature with several women over a three-year period.

At a press conference then, Weiner apologized and was penitent. He formally resigned from the House on June 21, 2011.

Now, many other men under the cloud of sex and scandal would have walked away from the spot light of politics. But, Weiner will not be denied, so rising like the phoenix from the ashes, by March 2013, according to the NYC Campaign Finance Board website, he had raised over $5.1 million, the second highest amount of all registered mayoral candidates and a lead in the poll.

Now, all hell broken lose, when Weiner confirmed the existence of not only previously undisclosed sexually explicit messages but also his sexting habit continued after his resignation from Congress.

“I said that other texts and photos were likely to come out and today they have,” Mr. Weiner told reporters. “I want to again say that I am very sorry to anyone who was on the receiving end of these messages and the disruption this has caused.”

Many people have viewed this new confession with shock and dismay and have questioned his honesty, trustworthiness, and his ability to lead. Consequently, there is now a wide call and appeal for him to drop out of the mayoral race.

The question is should he? Certainly his wife doesn´t think so and in his defense. She said, “Anthony´s made some horrible mistakes, both before he resigned from Congress and after.” “We discussed all of this before Anthony decided he would run for mayor, so really what I want to say is, I love him, I have forgiven him, I believe in him,” she added. “It took a lot of work, and a whole lot of therapy, to get to a place where I could forgive Anthony,” she continued.

Will New Yorkers be prepared to forgive Anthony one more time? After all, it is a topsy, turvy city where up is down and down is up.

Moreover, there is precedence where politicians have had the joy of physical contact with their mistresses and others, yet forgiven and return to serve.

Weiner, on the other hand, fantasized and used technology awkwardly to his own detriment and may not return to serve, unless forgiven by the voting public.