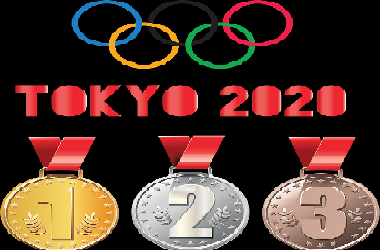 With the opening ceremony set for Friday, July 23, the Olympics will captivate the mind, heart, and time of most humans on planet Earth for the next two weeks.

Caribbean sports fans will especially have their eyes peeled on the performance of the region’s best athletes.

That said, here are the top seven events to watch during the Olympics from a Caribbean perspective.

Jamaica has two top competitors in this field with Shanieka Ricketts and Kimberly Williams. According to World Athletics, Kimberly Williams has the 5th best jump of the year with a leap of 14.69.

Williams is a former Commonwealth Champion and won bronze and silver previously at the World Indoor Championships. In the 2016 Olympics, she made it to the final round and finished seventh.

Ricketts appears to be peaking ahead of Williams with the second leading jump of the year of 14.98. After finishing 14th in the 2016 Olympics, Ricketts has gotten better and better by finishing second in the Pan American Games and World Championship in 2019.

She also beat Williams in the National Trials, which is a sure confidence booster. Yulimar Rojas of Venezuela is the world leader with a massive jump of 15.43 and the favorite for the event

Natasha Goule of Jamaica is a serious threat to make it to the medal podium. As a Junior, she dominated the Carifta games, and it appears she is now entering her prime years. In 2015, she won the Pan American Games and finished 6th overall in the last World Championships.

According to World Athletics, in 2021, she ran the third and ninth fastest times of the year. She is certainly primed to medal in the championship with a smart run despite the main challengers being Athing Mu and Rose Mary Almanza of the U.S. and Cuba, respectively.

Kirani James produced magnificence on the world stage in his career. In the 2012 London Olympics, James delivered Grenada their first gold medal ever with a scintillating performance.

He followed it up with a silver medal in the 2016 Rio Olympics. With preparations affected by the global pandemic and at 29 years old, Kirani’s best time is 44.61 seconds and tied for the 12th best time of the year.

The Bahamas Steven Gardner is an athlete on the rise and has followed in the footsteps of legendary quarter-miler Chris Brown. He has a personal best of 43.48 seconds and has clocked the sixth-fastest time of the year of 44.47.

Their main challengers to Caribbean success include the defending champion Wayde Van Niekerk and the U.S. duo of Randolph Ross and Michael Norman. If James and Gardener can go under 44 seconds, then they could find themselves on the podium again.

Shaunae Miller-Uibo and Stephanie Ann Mcpherson carry the hopes of the Caribbean in this event. Shaunae is the reigning Olympic Champion in the event and will be looking to defend her crown.

According to World Athletics, she ran the 2nd fastest time of the year with 49.08 seconds. Stephanie Ann Mcpherson is the fourth fastest runner in 2021 with a personal best of 49.61.

The favorite in the field is Christine Mboma of Namibia, who has 4 of the 5 top times in the world in 2021. Can Shaunae rise to the challenge and beat Mboma? Can Shericka Mcpherson push beyond her personal best to beat Athing Mu for bronze? It should be fascinating to watch.

Elaine Thompson-Herah of Jamaica is the reigning 200-meter Olympic champion. However, she will have a tremendous battle on her hand if she is to retain the crown. In the 2021 season, her fastest time was 22.02 seconds, the 7th fastest time of the year.

She will face competition from fellow Jamaican sprint queen Shelly-Ann Fraser Pryce who beat her in the Jamaica National Trials with a spectacular time of 21.79. Another challenger is Shericka Jackson, who finished 2nd in trials with a shocking 21.82 seconds. Jackson has surprised many with her impressive sprinting after transitioning from the 400 meters to the short distance sprinting.

Shaunae Miller-Uibo is also down to contest this event but will find it difficult to reach the podium with her 400-meter contention in a packed schedule. Ultimately, the race favorite is Gabrielle Thomas, who ran the second-fastest time in history at the U.S. National trials with a time of 21.61 seconds. Can the Jamaicans upset the stellar newcomer? Only time will tell.

On June 5, 2020, Shelly-ann Fraser-Pryce sent a message to her contenders when she ran a blistering 10.63 seconds at JAAA Olympic Destiny Series at the Jamaica National Stadium.

The time is the second-fastest time in history behind Florence Griffith-Joyner’s world record of 10.49. The pocket rocket will be hard to stop due to a guaranteed head start from the blocks and her experience to deliver on the big stage.

Elaine Thompson-Herah is the defending Olympic champion, and she showed on July 7 that she is still a force to be reckoned with in this event. At the Gyulia Istvan Memorial in Hungary, as she beat Shelly-Ann in a time of 10.71 seconds. The impressive and ever-improving Shericka Jackson will be in contention as will Marie-Josee Talou, Blessing Okagbare, Dina Asher-Smith of Ivory Coast, Nigeria, and Great Britain, respectively.

Fans will likely be treated to a photo finish because on paper; it will be a close call.

All eyes will be on the electrifying quartet from Jamaica.  Fraser-Pryce, Thompson-Herah, and Jackson ran under 10.80, while Brianna Williams, as a 19-year-old, ran a personal best this season of 10.97 seconds.

Therefore, if the girls get the baton pass around, then it might be a race against the clock, and likely, one of the world records at the games to be smashed to pieces.

Yes, indeed, this preview will whet your appetite as Caribbean sports fans anticipate fireworks on the track from Tokyo.