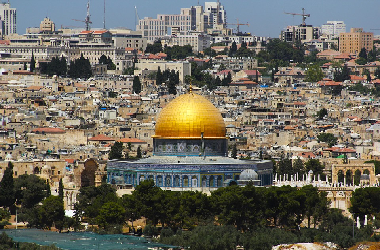 According to press reports, Israeli Prime Minister Benjamin Netanyahu has said Serbia would move its embassy from Tel Aviv to Jerusalem, thus becoming the first European country to follow in the United States’ steps.

“Palestine has become a victim of the electoral ambitions of President Trump, whose team would take any action, no matter how destructive for peace … to achieve his re-election,” said Saeb Erekat, the secretary-general of the Palestine Liberation Organization (PLO), in a tweet.

“This, just like the UAE-Israel agreement [to normalize diplomatic ties], isn’t about Middle East Peace,” he added.

Tel Aviv until recently had remained the place of choice for diplomatic missions. However, Jerusalem’s recognition as Israel’s capital and move of the U.S. embassy to that city has created other countries’ paths.

“I thank my friend, the president of Serbia … for the decision to recognize Jerusalem as Israel’s capital and to transfer his embassy there,” Netanyahu said.

“I would like also to thank my friend President Trump for contributing to this achievement.”

Netanyahu also announced that Israel had set up diplomatic relations from Kosovo, which declared independence from Serbia in 2008.

“Kosovo will become the first majority-Muslim country to open an embassy in Jerusalem,” Netanyahu said. “As I’ve said in recent days – the circle of peace and recognition of Israel is expanding, and more countries are expected to join.”