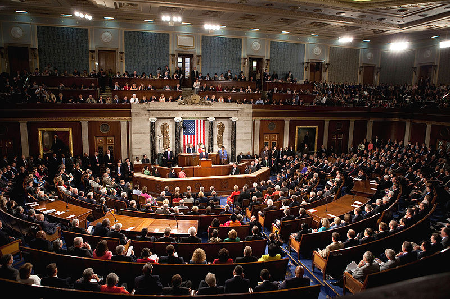 New York Democratic Senator Charles Schumer who has been front and center in bringing the Justice Against Sponsors of Terrorism Act (JASTA) into fruition got his wish in a 97 to 1 vote in the Senate and a House vote of 348-77 vote.

The votes override the veto by President Obama for the first time since he came to office in 2009.

Obama’s 11 previous vetos were all sustained. However, this time, most of his strongest supporters deserted him in one of their last actions before leaving Washington to campaign for the Nov. 8 election.

This, of course, is not the first time Schumer has crossed and attempted to embarrass the President on issues or policies within the interest of the general populace.

The bill championed by Schumer seeks to grant families of the victims of the Sept. 11, 2001, attacks the right to sue the government of Saudi Arabia.

Obama, however, had earlier argued that JASTA could expose U.S. companies, troops, and officials to lawsuits, and alienate important allies at a time of global unrest.

“JASTA sweeps more broadly than 9/11 or Saudi Arabia, and its far-reaching implications would threaten to undermine important principles that protect the United States, including our U.S. Armed Forces and other officials overseas, without making us any safer,” Obama wrote to Harry Reid, his only supporter in the Senate.

The President’s position was supported by major U.S. corporations including General Electric and Dow Chemical, as well as the European Union and other U.S. allies.

“I do feel passionately this is a mistake for a variety of reasons, in terms of threats to troops, diplomats, sovereignty, there’s a serious problem here. Hopefully, we can find a way to change the tenor of this,” Lott reportedly said.

That said, a few days after U.S. lawmakers passed the legislation, they now seem to be backpedaling in what White House spokesman Josh Earnest described as ‘buyers remorse.’

“I think what we’ve seen in the United States Congress is a pretty classic case of rapid onset buyer’s remorse,” Earnest told a White House briefing.

Now, a  recent press report noted that Republican congressional leaders have said that they might need to revisit the law that allows victims of the Sept. 11 terrorist attacks to sue Saudi Arabia over worries that it will expose U.S. officials to lawsuits abroad.

Democratic Senator Charles Schumer, who championed JASTA in the Senate, said he was open to revisiting the legislation. “I’m willing to look at any proposal they make but not any that hurt the families,” he said at a news conference.

“Everybody was aware of who the potential beneficiaries were, but nobody had really focused on the potential downsides in terms of our international relationships,” said Senate Majority leader Mitch McConnell, who voted to override the president’s veto.

McConnell also noted that the new law could have “unintended ramifications” and needed “further discussion.”