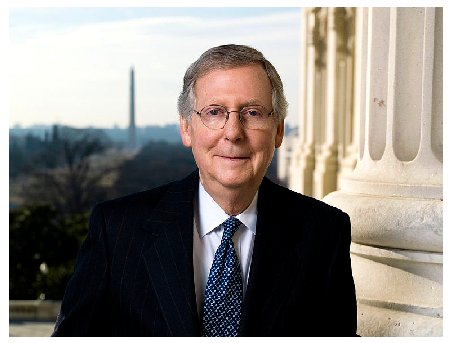 When asked whether he would completely rule out a “lame duck scenario” for Obama’s nominee, Judge Merrick Garland, McConnell said, “We’re not going to be confirming a judge to the Supreme Court under this president.”

When pushed on the possibility that someone more liberal than Garland could be nominated in 2017 if Hillary Clinton wins the presidency, McConnell responded, “It’d be hard to be more liberal than Merrick Garland, but it’s my hope that she will not be making the appointment.”

McConnell declared that the issue of not considering Garland isn’t about his judicial record.

“It’s not the person. It’s the principle. Who ought to make this lifetime appointment? It’s the next president, not this one,” McConnell said.

In the meanwhile, Minority Leader Harry Reid has opined that McConnell might see dissension within the Senate ranks as more and more senators may call for a up or down vote on the President’s nominee.

“I don’t know why McConnell has done this to his senators. He’s marching these men, women over a cliff. I don’t think they’re going to go,” Reid told Todd in his interview.

Reid said he told Garland that there will be a “breakthrough.”

“In addition to the people agreeing to meet, we have Republican senators and a veteran senator who said, ‘Well maybe what we should do is do it in a lame duck.’ Orrin Hatch, Lindsey Graham, others have said that. But if they’re going to do it in lame duck, do it now,” Reid declared.

When Reid was reminded of his past comment about whether Supreme Court nominees should be considered during a president’s last, he said, “This is not a tit-for-tat. This is Republicans wanting to do everything they can to hurt President Obama.”

McConnell responded thus to his own past statements about nominations: “Nobody’s been entirely consistent. So let’s just look at the history of it. It hasn’t happened in 80 years, and it won’t happen this year.”