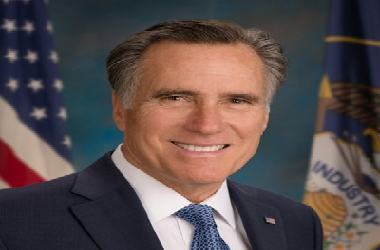 Sen. Mitt Romney has argued that the onus is on the United States and Western allies to prevent a reconstituted USSR led by Russia’s President Vladimir Putin.

“He’s trying to reestablish what he had before. That can’t be allowed to happen,” Romney said in an interview on NBC’s Meet the Press.

The former Republican Presidential candidate view comes on the back of speculation in the U.S. that there are plans afoot by Russia to invade Ukraine by next month.

Meanwhile, Putin has made it clear that, among other things, he’s trying to block NATO — the Western alliance created in 1949 to counter the Soviet Union in Europe — from adding Ukraine and other former Soviet nations as members.

President Mikhail Gorbachev dissolved the Soviet Union in 1991; Putin, a former KGB officer, was in the early stages of his political career at the time.