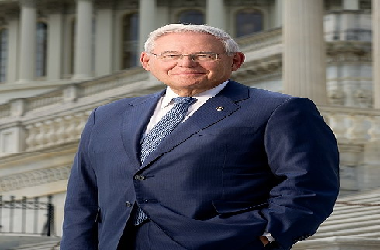 Speaking on the program Fox News Sunday, Sen. Bob Menendez, D-N.J., said he wants the Biden administration to make sure Iran cannot obtain nuclear weapons but warned that any new deal with the Islamic nation must come with strong terms that would actually keep them from doing so.

“We are all in agreement that Iran cannot be allowed to possess a nuclear weapon. It will change the entire nature of the region, we will have a nuclear arms race in the region, and our ally, the state of Israel, will have an existential threat. We cannot tolerate that,” Menendez said.

Posed with the question of whether the Biden administration should pull back from the negotiating table, Menendez was reluctant to go that far but argued that “a no deal is better than a bad deal.”

“Some of the sunsets of the original deal, for all its imperfections—as you know I didn’t support the original deal—are even closer in terms of ending a pathway where Iran could ultimately achieve its goal,” Menendez continued.

“So, from my perspective, unless there are other elements of the deal, that would not be a good deal.”