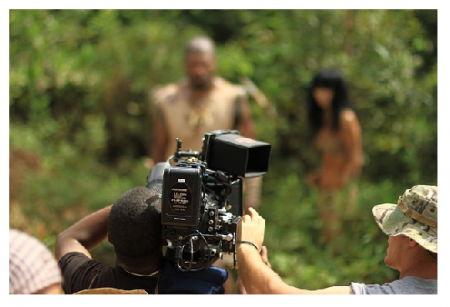 The movie Selma premiered at the American Film Institute Festival on November 11, 2014, began a limited U.S. release on December 25, and expanded into wide theatrical release on January 9, 2015, just two months before the 50th anniversary of the march. Selma is the story of a movement. The film chronicles the tumultuous three-month period in 1965, when Dr. Martin Luther King, Jr. led a dangerous campaign to secure equal voting rights in the face of violent opposition.

The epic march from Selma to Montgomery culminated in President Johnson (Tom Wilkinson) signing the Voting Rights Act of 1965, one of the most significant victories for the civil rights movement.

Director Ava DuVernays SELMA tells the real story of how the revered leader and visionary Dr. Martin Luther King Jr. (David Oyelowo) and his brothers and sisters in the movement prompted change that forever altered history.

The movie credit is as follows:

“What happens when a man stands up says enough is enough?”

‘If “Selma” is limited by the kind of film it needed to be and by what its studio proprietors wanted to sell, it’s still the best and most intimate fictional portrayal of the civil rights movement, by a long shot.’

“At its best, Ava DuVernay’s biographical film honors Dr. King’s legacy by dramatizing the racist brutality that spurred him and his colleagues to action.”