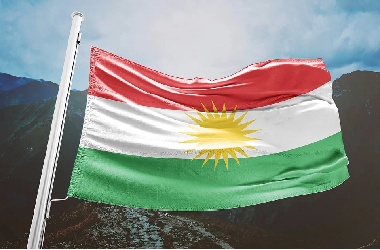 Afghanistan has been making the news headlines over the past few weeks because the U.S. has decided to exit the country after twenty years and what many have described as a failed war.

The exit, however, is anything but strategic and is viewed as a messy affair that has left U.S. President Joe Biden without credibility and a leadership deficit.

Albeit it is argued elsewhere that President Biden was given a bad hand, either fight by sending more U.S. troops to Afghanistan or cut and run.

With the latter decision taken, all hell broke loose, the Afghan government collapse, their soldiers surrendered, and the Taliban militiamen assumed power over the country.

Consequently, the U.S. was forced to speed up its withdrawal operations and to date has evacuated over 120,000 people.

According to a press report, Republican Senator Lindsey Graham of South Carolina has berated President Biden for his execution of the U.S. withdrawal from Afghanistan, warning of a “parade of horribles” that is set to unfold with U.S. citizens and Afghan allies left in the country after the final deadline.

“It’s been a very emotional couple of days for all of us. The parade of horribles are about to unfold,” Graham said in an interview with Face the Nation.

“We’re leaving thousands of Afghan allies behind who fought bravely with us. We’re going to leave hundreds of American citizens behind. The chance of another 9/11 just went through the roof,” he added.

Now, no one can deny that the situation in Afghanistan is a sad state of affairs, and the bellyaching in the media and among politicians and others is not misplaced.

However, one would do well to remember the Kurds when former President Donald Trump made the decision to withdraw from Syria by announcing in a tweet that he was ending the U.S. mission in Syria.

That decision came not only after the Kurdish troops did most of the fighting in helping the U.S. to destroy the Islamic State’s caliphate but also left the Kurds at the mercies of their archrivals the Turks and their aligned jihadists.

In fact, a subsequent United Nations report makes clear the damage to the Kurds and Arabs that America left behind is devastating.

The report singles out that Islamist militia, known (ironically) as the “Syrian National Army,” for actions that is tantamount to war crimes.

Three of its brigades “repeatedly perpetrated the war crime of pillage in both the Afrin and Ra’s al-Ayn regions,” the report notes.

The militias have also been credibly accused of torture and rape.

The Kurdish civilians and troops who allied with the U.S. against jihadists were left to fend for themselves without any evacuation.

Unfortunately, the Kurds have always been made to feel less than, and today they can’t even find a homeland for themselves.

The fact is the actions taken by the U.S. recently have made them an unreliable partner and its allies may now have second thoughts in offering help in times of need.

No justice, no peace!