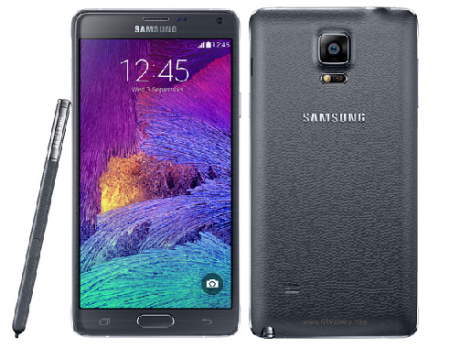 With customers in ecstasy over Apple’s iPhone 6 and 6 Plus, Samsung’s new launch of its Galaxy Note 4 may just not be enough to have customers gasping for it.

The fact is the noise of Apple’s new product launch is sufficient to drown out any new cell phone offer at this time.

However, given the intensity and the nature of the competition in the smartphone market, no competitor can sit idly by without keeping pace with a trendsetter such as Apple.

Therefore, it is not surprising to see a new product being introduced to the market by Apple’s major rival, Samsung.

Samsung, in its bid to woo customers is using the promotional tagline, “The next big thing is coming.” How customers respond will certainly be for the most part a function of price and new features.

According to press reports the new phone boasts, the same large size screen of 5.7 inches, an impressive 2.7 GHz quad-core processor, 3GB of RAM, a 16 MP camera, a S Pen Stylus, among other features.

On the other hand, it is reported that Samsung will have the Note 4 in the market globally in October, with market dates dependent on the region and the carrier.

Typically, Samsung leaves it up to carriers and retailers to announce their own pricing, but the cost should come in at the same retail price point as last year’s model, about $300 on-contract in the US and $600 off-contract; £600 or £650 in the UK; and about $1,000 in Australia.

The Note 4, like the two versions before it will sell on five US carriers: AT&T, Sprint, T-Mobile, US Cellular, and Verizon. In the UK, O2 is the first network to announce it will offer the Note 4, from “late September.”