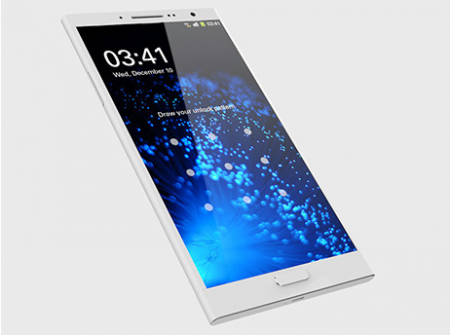 The South Korean giant manufacturer, Samsung is not accepting the competition lying down or ceding the market to anyone, but has up the ante as it unveiled its new range of cell phone, the Galaxy S6 and S6 Edge.

The two models have a display that curves around the left and right edges so that information can be glanced on the side. Both will also include technology for mobile payments.

The company has ditched the plastic design and the new models now come with glass on both sides, and are encased in a metal frame.

The screens remain 5.1 inches, but the display resolutions increase to 577 pixels per inch. The resolution of the phones’ rear camera are kept at 16 pixels; however, the cameras on both sides will allow for sharper photos.

According to press reports, Samsung Electronics Co. said its new design took years to develop. As phones got thinner, the company inevitably ended up “with a device that’s very cold and very industrial,” said Hong Yeo, a senior designer at Samsung. The company’s “Project Zero” team “was given the freedom to design our dream device,” he said.

One of the major drawing cards of the phones is the ability to charge quickly – in 30 minutes they can reach 50 percent.

The Samsung phones will debut overseas on April 10, at prices to be announced.

A U.S. launch date is also yet to be announced.

In addition, Samsung is making an S6 version of its Gear VR virtual-reality headset, which currently works only with the Galaxy Note 4.