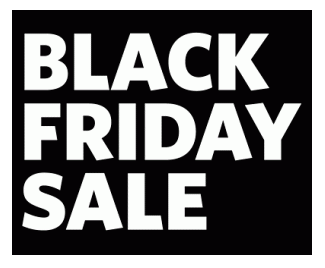 But not enough for some retailers Last week, Black Friday shopping was on in earnest and as is the tendency people were out in droves trying to get the best deals possible.

That said, the shopping this year, however, did not come with the usual blast as in the past.

Even though there were promotions and discounts covering a range of different items such as furniture, electronics, clothing, household articles, and other holiday gifts the crowd was much smaller at the stores as well as in the malls.

According to ShopperTrak, combined estimated retail sales are projected at $12.1 billion over Thanksgiving and Black Friday shopping spree.

This figure represents a decline compared to a year ago.

Thanksgiving and Black Friday are expected to gross less than $2 billion and more than $10 billion respectively.

The firm expects brick and mortar sales to rise by 2.4 percent during this year’s holiday.

On the other hand, data from the analytics firm RetailNext showed overall sales for both days fell 1.5 percent as customer traffic flattened, pushing down average spending per shopper by 1.4 percent.

Jeff Simpson, director of the retail practice at Deloitte, argued that “retailers have taken the sense of urgency out for consumers by spreading their promotions throughout the year and what we are seeing is a result of that.”

He further noted that traffic in stores was light on Friday while Thursday missed his expectations.

Some analysts also noted than the thinner crowd this year may be due to more people doing their shopping online.

“Fewer visits on both days reinforce the trend we’ve seen throughout the year, in which shoppers are researching products ahead of time, targeting their store visits, and arriving in-store with the intention of making a purchase,” said Kearns.

“The decrease in shopper visits on Thanksgiving Day also lends itself to the social backlash against store openings on the holiday.”