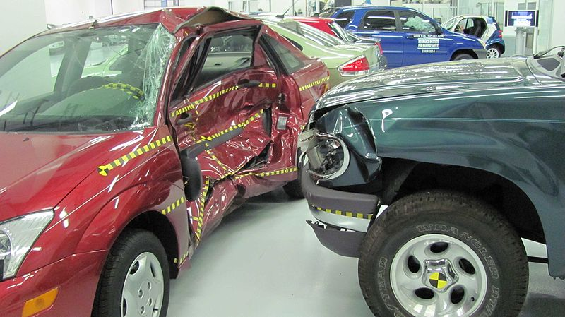 “Nothing to see here folks, move right along.” I thought on seeing the huge and enthused crowd of Learner Driver applicants queuing to avoid a road safety test. Unity in the community?

On second thoughts, no, “raise the alarm! we have brought petrol to extinguish a raging fire!”

In response to the carnage on our roads, the government is theorizing that our drivers are insufficiently educated about the road code, and the remedy is to mandate the written portion of the road test at the beginning of the Learner Driver permit rather than at its end. Nothing is wrong with the changes per se, except the diagnosis may be wrong.

Testing and retesting our drivers for competence and familiarity with the Road Code may raise revenue for the government, but it will not lower our carnage on the roads. Why not? Exhibit A: Our newest set of drivers in waiting enunciated response when given a choice regarding a competency test. Wholesale unity in their mutiny. And the government’s response is to gleefully avail more cashiers and support personnel to assist in filling out the application forms. Don’t we recognize danger before an accident anymore?

Ask yourself this question: what keeps you safe on the roads? One answer is shared values and understanding the need for courtesy to fellow motorists. If one notices a significant departure from this idea, by a lone wolf, or worse, a unity to mutiny by a cohort, the community which is the only thing that keeps you safe is under serious threat. The response from the government is not to add more cashiers or extend the window of opportunity. This is not a success. We are again staring failure in the face.

More to the point, the government is exacerbating the problem with its predictable solution. We do not have a competency problem though we don’t like to be tested on it. We do not like testing. Period. Too many risks. Even when we know the answers? Too many risks.

“But we cannot continue like this”, we all agree. Here’s a way to understand our carnage on the roads: we gather at the scene of an accident, say, “Wow! What was he thinking? Didn’t he see the road signs? And point fingers at the offending driver, as if but for his infraction which made the news, we would be all okay. Nothing could be further from the truth.

Accidents are manifestations of our conflicts being mismanaged. We defer by rules of courtesy and care to promote the community. Acts of courtesy or mutiny, before not after, tell of the strength and cohesion of our community. We now have a situation where the roads are increasingly the place to experience and express hostile impersonal acts of discourtesy which are graduating to mayhem whether you are parson, police, pedestrians, or taxi driver.

I could tell you what the solution is, and that it must be cognizant of what is good for the community. But the challenge of the mutiny, which itself is a community, is indicative of our discord and the loss of confidence that our leaders know or care how to repair the breach. What we are witnessing on the road, and the response of the Learner Drivers as the next in line is the insistent grab of the individual at the expense of the community.

What that is saying is that what is good for the individual is also good for the community. We want to do what we think is expedient, and others should ‘llow the youth”. This is engineered anarchy, the progeny of indiscipline, and disillusionment. We have lost faith in the community.

However, we came to that reality, it has been a narrative of acceptance, albeit reluctant, that we have more to gain by looking out for our individual selves than the collective. It is an error thought. It cannot work. At the same time that a grill of iron bars on a home is indicative of severe problems in the society, those grill of iron bars will not only increase, but they will also grow, even becoming aspirational, by the very mutineers who are at further risks without them.

It’s not so much delusions as despair. Add to that a scenario in which you convinced a man against his will that your plan to fix the problem will work, and disaster befalls him when he acceded to your plan. What then?

Here’s a thought: The man who is prepared to steal milk out of coffee should be offered a free cup. Okay, a small cup. But not too small. And steaming hot. The sandwich will come later. Get the coffee part done. We are running out of time,