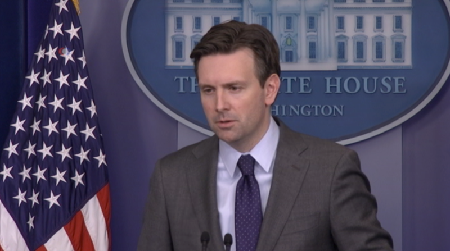 Earnest remarked that it was unclear on what’s the intent of the Russians in that regard.

However, he noted that the intelligence community in the United States has concluded that Russia’s nefarious activity in cyberspace was clearly to influence the U.S. political process.

He, however, noted that “there is a system in place where the State Department receives requests like the one the Russians have put forward, and then they refer those requests to state officials, and state officials who are responsible for administering elections in their states can then determine the propriety of allowing the observers to participate. So we’ll leave it to those state officials to render that judgment.”

He added that there is a process that is organized by the Office of Security Cooperation in Europe (OSCE) that does observe U.S. elections.

Furthermore, he said Russia has had an opportunity to send individuals to be members of those OSCE delegations to observe U.S. elections but have declined to participate in that way.

“You’d have to ask them why they didn’t take advantage of that opportunity if they were so interested in understanding more about the conduct of a free and fair election, something — a concept that may not be as familiar to those Russian officials,” Earnest said.