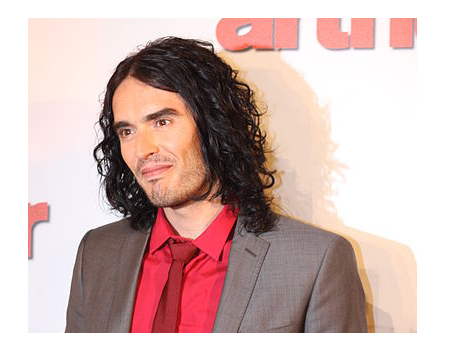 British-born comedian, actor, and author, Russell Brand in a cameo appearance on  MSNBC’s program, “Morning Joe”, ruffles the feathers of the show’s hosts.

The multi-talented Brand is well-known not only for his craft but also his eccentricity and controversies. He was dismissed from MTV after he showed up to work dressed as Osama bin Laden. He was also forced to resign from the BBC in 2008, following his prank calls to actor Andrew Sachs on the Russell Brand Show.

His drug use, alcoholism, and promiscuity have not only gotten him into trouble with the law but also influenced his act and material.

Brand has set up his own production company, hosted his own radio shows, written several books, played roles in many movies, and appeared on many TV shows as a host, guest, and actor.

His appearance on “Morning Joe” was to promote his worldwide comedy tour, the “Messiah Complex.” However, the hosts seemed to have missed the purpose of his visit on set.

Their line of questions in the first instance was about his kinky boots, clothing, and accent and then all hell broke loose when he was referred to in the third person by one of the hosts and even at one point called “Willy.”

“Is this what you all do for a living?” he asked. “You’re talking about me as if I’m not here and as if I’m an extraterrestrial,” he later noted.

“Thank you for your casual objectification,” he remarked after one of the hosts commented on his accent and phrased it in the third person.

“That’s the problem with current affairs. You forget about what’s important and you allow the agenda to be decided by superficial information,” he chimed in after one of the hosts insisted on revisiting the topic of his attire.

Now, it’s all well and good to engage in witticism and wisecracks on a talk program; however, when the guest is a comedian the jokes and bantering must be left to him or her.

Moreover, it’s important to be reminded that not all comedians are vacuous or empty-headed. It, therefore, behooves hosts to do their homework before their guests appear on set.

Clearly, the hosts on “Morning Joe” were not prepared for Russell Brand, his onslaught onset showed it.

Notwithstanding, as Brand said, “People of America, we’re going to be okay.” ∅