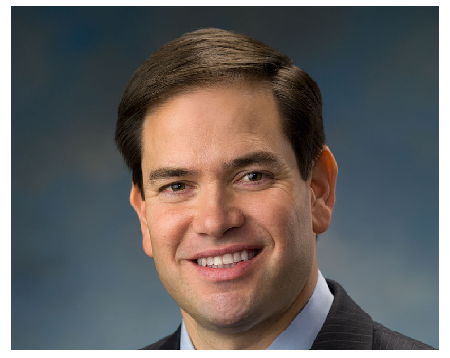 Democratic presidential candidate Hillary Clinton describes Marco Rubio’s attack on her position on abortion as ”pretty pathetic” and laments the politicization of the abortion issue.

Clinton was speaking on the CBS news program, “Face the Nation” the day after Rubio, a conservative Florida Senator, said during a televised Republican presidential debate Saturday night that Clinton supports abortion procedures even up to “the due date of that unborn child.”

Clinton said the remark was Rubio’s attempt to “buttress his credentials with certain parts of the Republican constituency.”

Projecting himself as the nominee to represent the Republican Party in the 2016 general election, after a good showing in the Iowa caucus, Rubio focused his attack against the politics of both President Obama and the former Secretary to State Hillary Clinton in the debate.

However, one of his rivals, Chris Christie was not prepared to stand idly by and watch the coronation of Rubio by main stream Republican as the party’s best hope to recapture the White House.

Christie was brutal in his attack against Rubio to the extent that the first term senator was not only stunned but also thrown off his game plan.

“You have not been involved in a consequential decision where you had to be held accountable — you just simply haven’t,” Christie told Senator Rubio early in the debate.

Charging Mr. Rubio with taking credit for policies but then skipping Senate votes on them, he said, “That’s not leadership. That’s truancy.”

Rubio sought a way out by resorting to attacking President Obama’s policies but Christie went for jugular by pouring scorn on Rubio’s pivot to Obama.

“When you’re president of the United States, when you’re a governor of a state, the memorized 30-second speech where you talk about how great America is at the end of it doesn’t solve one problem for one person,” Christie said.