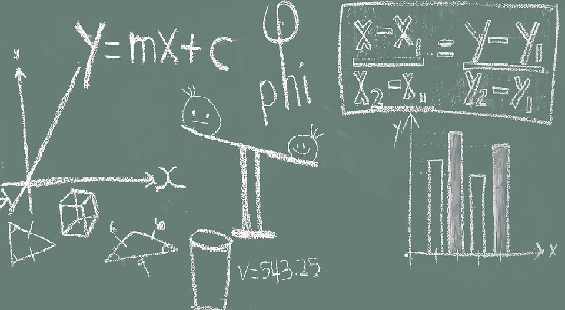 From the hallowed halls of nascent Harvard in 1636 to the bustling corridors of LIBI in 2019, students have been voicing their dynamic opinions of the peaks and valleys of a college education with a varied (albeit blunt) academic vernacular to express themselves:

“Going to college was the best decision I ever made. It changed everything about my life, both personally, and professionally…”

“College was hard work, but in the end, I was glad I went through it…”

“Why am I taking this stupid class? It’s got nothing to do with my major or my career field! Aaargh, I hate college! I so can’t wait to graduate and get the $#@ out of here!”

While the first two are obviously fluffy, that third one resonates with most faculty, administrators, advisors, and students, and has either been said or heard some time during their academic years.

Of course, it’s fair to question why such academic torture is mandatory. After all, our educational journey can begin as early as three years old, primarily designed to focus mainly on reading, writing, sciences, and math. Then there’s the secondary goal, where we learn about ourselves, how we deal with success and failure, our likes and dislikes, and how to express ourselves personally and/or artistically.

And along the way, we also develop opinions and, more importantly, the skills to share them with our peers.

In short, we learn how to learn.

By the time we graduate from high school, we’ve adapted a certain academic and communal maturity which will hopefully help us make that crucial decision about what to do next.

Since attending college is a highly personal choice, it should be carefully thought out. College is not merely an extension of high school, nor should it be thought of as an alternative to work. Most students who attend college under these pretexts don’t do well when they see the work involved; therefore, research and self-reflection are crucial before making such an important decision.

A college is a tool for many things; a goal, a roadmap leading to your future, and a rewarding career with financial and professional stability. A college graduate is considered a person of certain learning someone who has a knowledge base and a skill set that will drive his/her career, along with the ability to communicate on a certain level on a broad area of subjects with a wide array of people.

This is referred to as a well-rounded education.

The three tiers of post-secondary education might be defined as process, perception, and goal;

The process of getting a college education hasn’t changed much over time; choose a field of study, apply for entrance, test to get in, test to get out, a lot of tests in between, and lots of this and that.

(The latter often leads to too much of this and not enough of that, but knowing your limitations is also a part of learning.)

But while the education process remains fairly static, the perception of a college education itself is about as dynamic as it gets, which in turn affects the overall goal. What should I expect? What if I fail? What if succeed? Will I live up to my expectations? What are my expectations?

Then, after years of constant brain strain, we find ourselves happily walking down the aisle to Sir Edward Elgar’s “Pomp and Circumstance” in our flowing gowns and awkward-fitting caps with that annoying tassel flopping to and fro like a hypnotic talisman.

Like most other college graduates, you’ll present yourself to the world, eager to begin your career, and when you do find a position in your chosen field, you may not remember everything (not enough of this and too much of that, remember?). Regardless, your skills are tested and refined over time. Someone may ask you to write a memo or an essay because they see you have an associate’s degree, or they may ask you to present a new product to the Managing Director and “could you do it with a PowerPoint presentation since your resume says you took speech and computer courses?”

In short, you’re doing exactly what you set out to do with the tools we gave you.

Which brings us back to our original question; why study the Phaedrus and Plato’s Theories of Love if your goal is to be a hotel manager or a Secret Service agent? How are those relevant?

Simple; they’re not. Not directly, anyway. The Core-curriculum classes (as they’re known) are designed to widen your learning spectrum. They often have little or nothing to do with your major, making them seem irrelevant to your overall career goal.

What is relevant, however, is that once you accept that little piece of paper from our Provost at graduation, you are now considered a learned person; a well-rounded, college-educated lady or gentleman who will be expected to attend gatherings, soirees, Christmas parties, or other important company gatherings. You’ll have meetings in grand halls and at one time or another may be introduced to someone you need to meet in order to advance your career because you worked hard for your degree, you love your job, you’re good at what you do, and now you’re ready to take it to the next level.

“I saw Tosca at the Metropolitan Opera last night”, a person at a party says to you. “Boy, that Kiri Te Kanawa is really something”.

So, you hate opera. You’ve always hated opera, always going to hate it, it’s nasty, they scream, and they all look like they just ingested a small elephant.

But part of the curriculum for your Business Administration major had called for an intro to music course with a Mr. Cottington. You remember that course because you hurled all sorts of epithets at your advisor when she told you that you had to take it to graduate. What’s worse, your instructor dragged your whole class to Lincoln Center on a precious Friday night to hear these people scream and die for three hours; and if that wasn’t bad enough, you had to write about it and present it to the whole class the following week, which meant YouTubing the opera and watching it all over again, and, even worse, paying attention to what was going on, what with the screaming and dying in some foreign language.

But the one amusing thing you took away when watching and researching all those other operas, like La Boheme or Gotterdammerung, or any of those other weird-sounding names, was how people died. They didn’t just die, they were stabbed, starved, shot, poisoned or forced to jump off castle parapets. (You also learned what a parapet was, so the research wasn’t a total loss.)

So, “yes” you respond with a smile. “That final scene when Tosca hurls herself off the parapet is quite something.”

Your soft skills have kicked in and you’re networking (or schmoozing in the vernacular). And maybe later that night, or the next day or the next week, you discover that the person you interacted with was someone you needed to know to move forward, and subsequently, you’re in. Not because of your skill, not because of your passion for what you do, and not because you’re into opera. You’re in because you have a well-rounded education and came off as someone who has an opinion and can contribute to a conversation.

You didn’t shrug and say “I don’t like that stuff” (even if you don’t), or give any indication that you don’t have an open mind; you didn’t start texting or checking your email, (essentially shutting yourself out from any conversation or positive interaction); and you kept steady eye contact and smiled, even if you could think of a million better things you could be doing.

In short, you communicated and that’s a major skill necessary in any career. Plus, it demonstrates that you are, in fact, a well-rounded person, still striving to learn.

Skill to do comes of doing; knowledge comes by eyes always open and working hands; and there is no knowledge that is not power.

Simply put, soak in what you learn, let it marinade, and maybe you’ll like it – maybe you won’t. But at least you’ll know how to judge, how to analyze and how to recognize your likes and less-likes.

At one point or another, you’ll realize what we all realize in our professional lives; those core-curriculum classes serve a purpose; any knowledge, including compulsory knowledge, is knowledge gained.

Knowledge itself is power.

1 Dislikes is too strong a word. Less-likes leaves a little wiggle room to adapt our thinking.