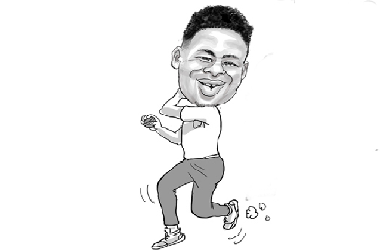 Both men believe that the young Jamaican fast bowler has what it takes to conquer the England team in the upcoming three-match Test series.

The towering Thomas, whose deliveries have consistently been clocked in the range of 150 kilometers per hour, is arguably the fastest bowler in the region currently.

“He [Thomas] is pacy and young and a good investment. He [will] be a surprise package if given the opportunity to play because of his pace and height and ability to extract bounce on almost any surface,” said Bennett in a press report.

Roberts believes the tour would provide the perfect opportunity for the young gun to be given a chance in the longest format of the game, because of one attribute — his raw pace.

“He should be in that 14-man squad from the onset.  He has what others want; he has pace.  Everybody wants pace,” Roberts told the Mason and Guest Radio program.

“He may not be a wicket-taker, but he may create some problems for the opposition, and that is what you want.  Sometimes it’s not the guy who gets the wickets; it’s the guy who creates the problem that gets the other guys the wickets.”

Roberts posited that the up and coming fast bowler Thomas should have been one of the names scribbled higher up in the team’s pecking order.

The 23-year-old pace bowler has been added as a reserve for the tour but is not a part of the 14-man squad for the series.

Thomas is yet to play Test cricket, but his ODIs and T20Is have been impressive thus far.

During his most recent outing — a T20 series away to Sri Lanka in early March before the coronavirus pandemic halted major sporting events — he captured 5-28 in the opening match as West Indies swept to a 2-0 victory.