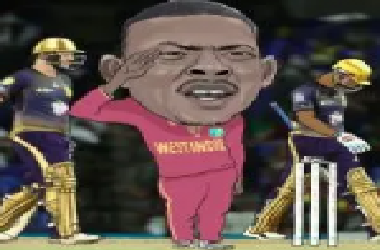 Sir Anderson Montgomery Everton Roberts, legendary Windies right-arm fast bowler is peeved at the number of Windies senior players who have decided to make themselves unavailable for the Windies tour that is set to get underway in Bangladesh next month.

Test captain Jason Holder and white-ball skipper Kieron Pollard are among ten players who have pulled out of the next month’s tour of Bangladesh over COVID-19 related concerns, in what many see as a setback to the five-match series.

Cricket West Indies (CWI) said earlier that the ten players had declined selection due to “COVID-19 related concerns or personal fears” ahead of the January 20 to February 15 series in the south Asian country, which had reported over 500,000 confirmed cases of COVID-19 along with more than 7,000 deaths.

Roberts, in an interview on radiojamaica, questioned players’ decisions to opt-out of the tournament.

“How all these guys who couldn’t make the team two or three years ago now become so big that they’re refusing to tour and blaming it on the bubble?”

He intimated that players did not have a problem touring other countries but are now refusing to tour Bangladesh.

The 69-year-old former Windies pace bowler also ridiculed selecting players who are merely averaging in the twenties getting picked for the senior team.

“We are having people making their debut averaging 28 and 29 in first class cricket and we don’t mind if they’re allrounders but don’t tell me they are batsmen who can’t even average 30 and making their Test debut,” Roberts said.