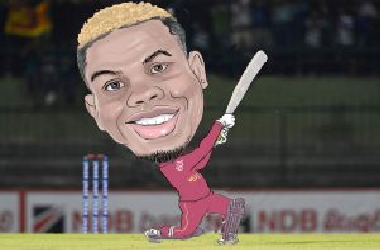 Former West Indies fast bowler Andy Roberts has posited that young rising star batsman Shimron Hetmyer opting out of the Windies tour of England is a missed opportunity for the 23-year-old left-hand batsman.

Roberts also argued that the decision not to go on the tour was foolhardy.

Darren Bravo, Shimron Hetmyer, and Keemo Paul were three of the players who decided not to go on tour because of COVID-19 pandemic fear.

“They would have played an integral part of the batting,” Roberts said during a recent conversation on Holding’s YouTube channel.

He opined that the tour to England would be an opportunity for Hetmyer to hone his batting skills.

“As much as we don’t like the way Hetmyer has been playing, he is one of the batsmen of the future. But somebody has to get into his head and let him realize that you cannot score runs sitting in the pavilion,” said Roberts.

In an earlier report, Michael Holding, the broadcaster and former West Indies fast bowler, said Darren Bravo, Shimron Hetmyer, and Keemo Paul opting out of the tour of England was “unfortunate.”

“I think he’s [Hetmyer] a very, very talented player. I think people have heard me talk about him in the past. Again, I’m sorry that he’s not going so that he can get more opportunities to express himself. But I ain’t blaming them for not going,” said Holding in an espncricinfo.com report.