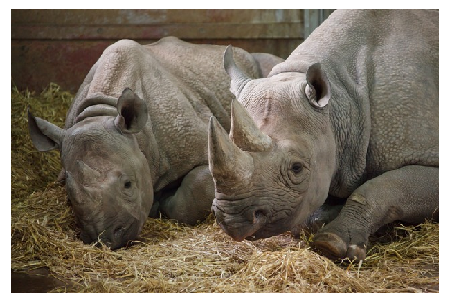 It is predicted that if the poaching of rhinoceros continues at its current rate, the animals will become extinct by 2020.

Poaching is referred to as the killing or capturing of wildlife in violation of local and international laws.

Will Travers, chief executive of conservation group Born Free Foundation, also warned then that the number of rhino has fallen dramatically from historical levels, with roughly 27,950 rhinos remaining in the wild — down from 500,000 at the beginning of the 20th century.

Over the years, there has been a tremendous increase in the poaching of two African species in particular, the white and black rhino.

The rhino’s horn is deemed as a prized possession in some cultures because of the magical power it is said to possess.

In Vietnam, the possession of the rhino horn is viewed not only as a status symbol but also as having medicinal qualities. This is also a popular view held by people within the wider Asian cultures.

It is seen as a cure for a number of different things such as cancer, erectile dysfunction, and even hangovers. In some instances, it is used as a recreational drug.

In China, rhino horn is worth more than gold. An ounce of it powered, which is used for medicinal purposes, sells for upwards of $5,000, and a fully intact horn can fetch $100,000.

In the U.S., a Texan millionaire Corey Knowlton is said to have paid $350,000 dollars to shoot and kill a rhino in Africa.

According to the conservation group Save the Rhino International, South Africa has the largest percentage of rhinos both in Africa and worldwide, 83 and 73 percent, respectively.

“Without intervention, rhinos will be pretty much extinct from wildlife,” Travers told the press in a report.

“Poaching is generally a low-penalty crime and that has to change. Countries must move poaching into the same kind of arena as money laundering and drug trafficking,” he added.

In a recent move a U.S Seattle-based Biotech company, Pembient has decided to help put a stop to the killing of rhinos for its horn by flooding the market with genetically engineer fake rhino horns. This they hope will undercut the activities poachers.

According to the company’s website, its goal is “to replace the illegal wildlife trade, a $20B black market, the fourth largest after drug, arms, and human trafficking, with sustainable commerce.”