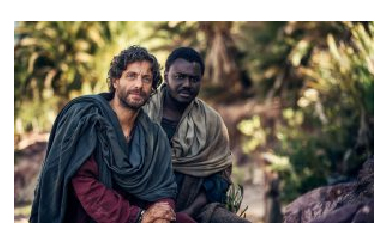 Krista Bontrager, the dean of online learning at Reasons to Believe in a blog post on reasons.org posited the following in a review of the current Bible series that is currently being aired on NBC television.

Sunday nights have become much more exciting in my home as my family has been following the adventures of the apostles and the early church. Based on the resurrection account of the Gospel of John and the book of Acts, A.D. The Bible Continues is in the middle of an 11-episode run on NBC. The series premiered on Easter Sunday and now that we’re about halfway through, I’d like to offer some thoughts.

I am a true fangirl of NBC’s original 1985 television mini-series A.D. In my view, that was the best cinematic adaptation of the Bible ever done. (Here is a link to the original with Italian subtitles.) So when I heard that a remake was in the works, I screamed with excitement like a schoolgirl.

My expectation soared even higher when I found out that the minds and money behind this latest version is the husband-wife team of Mark Burnett (executive producer behind The Voice, Survivor, The Apprentice, and Shark Tank) and Roma Downey (actress, Touched by an Angel). Both claim to be Christians and have done an impressive job of enrolling the support of Christian leaders ranging from Rick Warren to the pope. Downey self-identifies as a Roman Catholic and Burnett hasn’t disclosed a particular denominational affiliation.

One of the persistent gripes I have about Bible epics is that they don’t do enough to set the proper historical context. Viewers are typically shown snippets of dialogue and events stitched together in film adaptations. Filmmakers usually try to cover too much ground in too little time. This was part of my concern in the previous Burnett-Downey production, The Bible (see my reviews here and here). However, A.D. The Bible Continues, perhaps by focusing on only a small portion of the Bible narrative, greatly corrects this problem. The filmmakers actually have time to develop the characters, motivations, and cultural background behind the story of early Christianity. Viewers are drawn into the Jewish and Roman leaders’ attempts to suppress the spread of the news of Jesus’ resurrection and the burgeoning church.