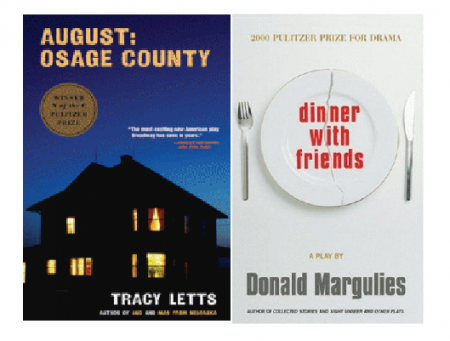 In her article published on the dallalibrary2.org blog, Catherine Richie takes us back in time by sharing her experience and insights into happenings in the theatre world. She writes thus:

I’ve been a theatre-goer and play-reader since age 5. As I get older, I revere the “classics” ever more—works by Arthur Miller, Tennessee Williams, Eugene O’Neill, Hellman, Hansberry, and others. Fortunately, these plays are still periodically revived on stage for the benefit of younger generations.

But I also do my best to read contemporary plays, and of those I’ve discovered within the past decade, three in particular top my “shouldn’t be missed” list. All of them have been performed in Dallas/Fort Worth, and copies of each are available in the Central Library’s Humanities Division. They’re highly recommended for any and all theatre lovers. In 1999′s Stop Kiss by Diana Son, Callie and Sara, two New York City 20-somethings, meet via a mutual acquaintance and quickly become inseparable. Each brings past history baggage to the mix, but their togetherness becomes akin to breathing for them. One night, just as their relationship appears to be morphing ever deeper, something terrible happens that forever changes both their lives.

Stop Kiss‘s scenes are short and simple, but Son keenly illustrates how a loving bond can develop between two likeable women, thus rendering the traumatic event that befalls them even more sadly catastrophic. This moving play has much to say about friendship and the need for connection, for a start. Stop Kiss may not be in every theatre-goer’s consciousness, but probably should be.

When I first read Tracy Letts’s 2008 Pulitzer-Prize-winning August: Osage County, I rapturously declared to a friend that it “has restored my faith in American playwriting”! The state of American playwriting was probably not all that dire at the time, but my enthusiasm was genuine. In structure and subject matter, August hearkens back to the good old days of Miller and O’Neill as a sterling example of so-called “domestic drama” at its finest.