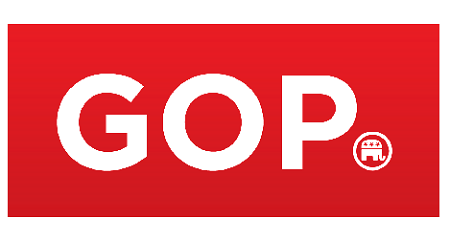 Obama charged that the Republicans’ rhetoric was a “potent recruitment tool for ISIS.”

Just when one thought that the Republicans were taking a deep breath following the terrorist action in Paris which resulted in the death of over 100 people, a massacre occurred in California, killing 14 people.

Now, as the dust begins to settle and investigators continue to pin their findings together, on the surface, it appears that the killers had some links to the terrorist network ISIS.

In the meantime, the Republicans had been busy weaving a web and stitching a plan to avert any attempt by President Obama of allowing any of the proposed 65,000 refugees from Syria ever crossing the U.S. borders. However, President Obama viewed the bill passed in the House by the Republicans with scorn and disdain. Moreover, he promised to toss it where the sun doesn’t shine, in other words — veto it.

The President had earlier argued for providing help to many of the refugees fleeing the hell hole, havoc, confusion, and political upheaval in their home country.

In his weekly address over the Thanksgiving weekend the president said, “What makes America America is that we offer that chance. We turn Lady Liberty’s light to the world, and widen our circle of concern to say that all God’s children are worthy of our compassion and care. That’s part of what makes this the greatest country on Earth.”

However, don’t tell that to some members of the Republican Party, already some of the party’s candidates who are vying for nomination to run as the  Presidential candidate next year have gone rogue by ratcheting up anti-refugee sentiments.

Republican frontrunner Donald Trump has called for all Syrians to be deported, endorsed the surveillance, and closure of mosques and even appeared to agree with suggestions that all U.S. Muslims be placed on a government database.

At the same time, Ben Carson, another leading Republican Presidential candidate uttered the following, “If there is a rabid dog running around your neighborhood, you are probably not going to assume something good about that dog and you are probably going to put your children away,” said presidential candidate Ben Carson as he called for a U.S. ban on all Syrian refugees, “rabid” or otherwise.

The fact is not all Syrians are terrorists and moreover, President Obama and other technocrats have made it abundantly clear that there are proper systems in place to ensure a thorough vetting of all refugees.

So, it leaves one to question the basis for the anti-refugee rhetoric by some of the leading members of the Republican Party and the fear and panic that they seek to create and spread among the populace.

America has always played the role of the Good Samaritan and the Statue of Liberty is there to prove it.

Now, if one is in a position to help a person in need and refuses to do so, one might as well die like a hog, hunted and penned in an inglorious spot.

Are some members of the Republican Party without shame? Where is the Christian ethics and value that they so quickly and readily appeal to or lean on to gain attraction and support?