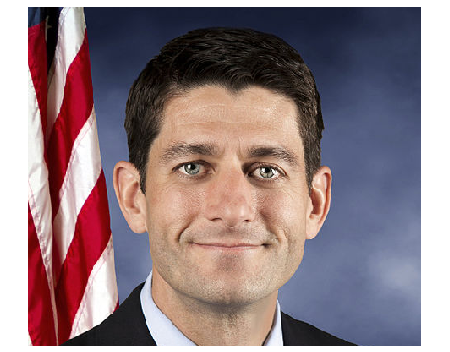 The sudden decision by the Majority Leader Kevin McCarthy to abandon his campaign and quest for the position of House Speaker has left Republic Party in a chaos.

The position was made vacant by the incumbent John Boehner who has decided to throw in the towel because of his unruly, undisciplined, and uncontrollable house members, notwithstanding the official reason given of protecting the institution.

Representative Kevin McCarthy of California, the majority leader, considered by many a shoo-in for the position dropped a bombshell when he announced that he no longer has any interest in the position.

His announcement of dropping out from the race has propelled the Republican leadership into a tail spin and has now forced the party’s leadership to lobby for Rep. Paul Ryan, the GOP vice presidential nominee in 2012, to run for House speaker position.

“I’ve talked with Paul Ryan. He’s talking to people. I think he’d make a great speaker,” McCarthy, R-Calif., said Friday morning as he entered a closed-door Republican meeting. “It’s a big decision. He’s got to talk to his wife and everybody else, and it’s got to be his decision.”

Ryan, however, had indicated earlier that he had no interest in the post and would rather focus on his chairmanship of the Ways and Means Committee.

The fact is taking up the top position of Speaker could thwart any immediate presidential aspirations the 45-year-old Wisconsin lawmaker might harbor.

The truth is McCarthy’s candidacy ran into trouble last week after he suggested that the House’s committee on Benghazi was an attempt to hurt Hillary Clinton’s poll numbers.

Asked if that affected his decision, McCarthy acknowledged, “Well, that wasn’t helpful.”

Rep. Dana Rohrabacher, R-California, described McCarthy’s move as “courageous,” saying this is “exciting” for the party because there is now a “wide open” race for speaker.

“Because of his verbal blunder last week there were some of us that were very apprehensive and this going to create great unity among Republicans,” Rohrabacher said.

In the meantime, John Boehner is appealing to Republicans for unity.

“I’m confident we will elect a new speaker in the coming weeks. Our conference will work together to ensure we have the strongest team possible as we continue to focus on the American people’s priorities,” he said in a written statement.

Meanwhile, Senate Minority Leader Harry Reid wasted no time in calling on Republicans to “bring a clean debt ceiling increase to the floors of the House and Senate immediately” to avoid a credit downgrade. “Republican chaos is likely to get worse before it gets better but the economic livelihood of the American people should not be threatened as a result of Republicans’ inability to govern,” Reid said in a statement.