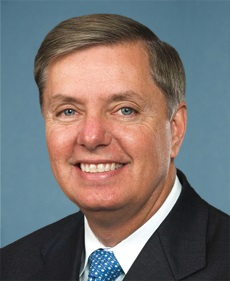 Sen. Lindsey Graham (R-SC), a man who is no friend or supporter of Donald Trump, has suggested in an interview that the bane of Trump’s campaign is his comments about undocumented immigrants.

He posited the view that the Republican nominee might have driven Hispanic voters to the polls in record numbers.

“The story of this election may be the mobilization of the Hispanic vote,” Graham told the New York Times.

He mockingly added, “So Trump deserves the award for Hispanic turnout. He did more to get them out than any Democrat has ever done.”

The senator indicated that Republicans need to address changing demographics and reach out to Hispanic voters.

“If we don’t come to grips with the demographic challenges we have with Hispanics in presidential politics, we’ll never right the ship,” he said.

Early voting among Latinos who predominantly lives in states such as Nevada, Florida, Texas, and Arizona has already shown strong support for Hillary Clinton.