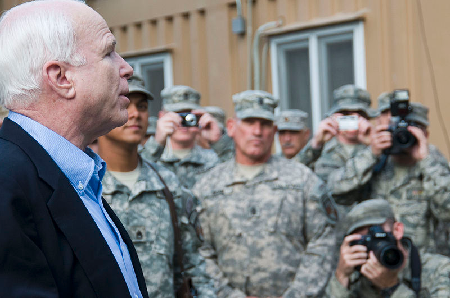 Republican Senator John McCain does not share the view of his party leader, President-elect Donald on waterboarding or torture and he has made this clear while speaking at the annual Halifax International Security Forum on Saturday.

“I don’t give a damn what the President of the U.S. wants to do or anybody else wants to do, we will not waterboard,” said McCain.

On the campaign trail, Trump told supporters he wants to change laws barring waterboarding, a technique used against suspected terrorists during the Bush administration.

McCain was tortured while being held captive during the Vietnam War. He reminded the audience that torture is illegal not just under U.S. law, but under the Geneva Conventions as well.

Trump has been a focus of many of the discussions at the Security Forum which is attended by top defense and security officials from across the world.