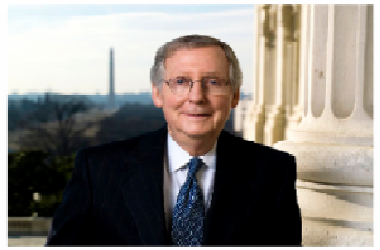 “Looks like Mitch McConnell is folding to the Democrats, again,” Trump reportedly said in a statement through his leadership PAC, Save America. “He’s got all of the cards with the debt ceiling, it’s time to play the hand. Don’t let them destroy our Country!”

The Republicans and Democrats have been in a tug-of-war over the raising of the debt ceiling for weeks.

The raising of the debt ceiling allows the government to borrow money to pay its bills.

Failure to do so would endanger not only the U.S. economy but also the global markets.

McConnell, however, has made it clear that his offer of concession would only delay Democrats’ problem until December when they would have to figure out how to raise the debt ceiling on their own.