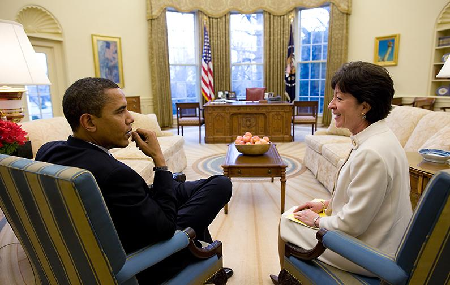 Republican Sen. Susan Collins of Maine says the Senate health care bill would “jeopardize the very existence of our rural hospitals and our nursing homes.”

Collins made the remarks while speaking with Chief White House Correspondent Jonathan Karl on the ABC’s Sunday program, This Week, Sunday.

She noted that the cuts in Medicaid would deal a devastating blow to the most vulnerable among the American populace.

“This bill would make sweeping and deep cuts to the Medicaid program, which has been a safety net program on the books for more than 50 years, ensuring that some of our most vulnerable citizens or disabled children or low-income seniors receive the health care that they need,” Collins posited.

“Those Medicaid cuts could threaten the rural hospitals and nursing homes, she added.

Collins, along with Kentucky Sen. Rand Paul, have expressed strong opposition to the bill, albeit for different reasons.

Given the position of both senators, Senate Majority Leader Mitch McConnell has found himself in a precarious position as he can afford only one more no vote to get the 50 yeses he needs to pass the current bill.

However, more and more people are recognizing that the Republican Party lacks a solid plan as a suitable replacement.

Collins said on This Week that she is bothered by the fact that the Republican proposed bill gives insurers the option of offering bare-bones health plans.

“It could lead to insurance plans that really are barely insurance at all. It would cause premiums to increase for some very vulnerable individuals, including those with pre-existing conditions, depending on what states decide to do,” she noted.

She also argued that there are serious flaws in the existing Affordable Care Act.

“It has produced premium increases that are very troubling and difficult for people to afford, particularly those who don’t get the subsidies under the current law,” she said.

She further argued that the best approach to tackling the healthcare problem is through “the normal process of committee hearings, expert witnesses, and writing a bill with bipartisan support.”

Collins added that President Obama “made a serious mistake when he pushed through the Affordable Care Act without a single Republican vote,” she said. “I don’t want to make the same mistake in reverse and push through this bill without a single Democratic vote.”