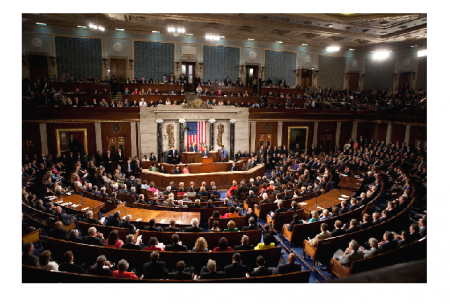 President Donald Trump negotiation skill was weighed in a balance and found wanting as his Party leaders were forced to withdraw legislation set to repeal and replace the current healthcare system popularly known as Obamacare.

This was a major blow to the President as throughout his election campaign for over a year he campaigned against the existing law.

Moreover, it was a serious setback for his Republican Party as they too have made several attempts over a seven-year period to have the current bill rolled back while they were in opposition.

The fact is the rallying cries for the Republican Party to roll back Obamacare have not been answered.

House Speaker, Paul Ryan, in expressing his disappointment said, “I will not sugarcoat this. This is a disappointing day for us. Doing big things is hard.”

Ryan failed to win the confidence and support of both the moderate and the conservative arms of his party.

Now, it therefore, means that the Affordable Care Act — Obamacare will remain in force until perhaps the Republican Party can find a new path to deliver healthcare to the American people or fix the current law.

In the meantime, the Democratic Party’s leadership is claiming victory as time and again they have called for the fixing of the bill and voiced strong objection against any dismantling or replacement.

House Democratic Minority Leader, Nancy Pelosi told reporters that it is a “Victory for the Affordable Care Act and the American people.”

That said, it is now time for civil society and the private sector to push both parties to work together to create a healthcare plan for Americans and one that befits the most powerful and wealthiest country on earth.