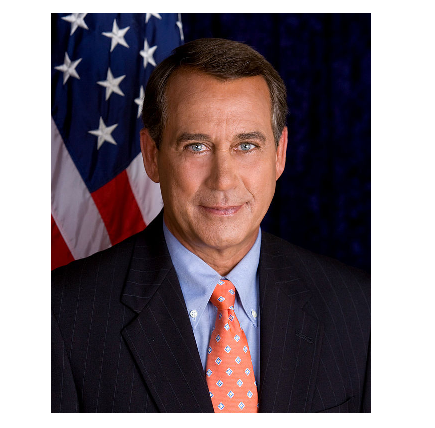 John Boehner, Republican Speaker of the House of Representative is no ordinary man; he not only holds one of the most powerful jobs in the world, but is also second in line in succession to the President of the greatest country on earth.

Boehner earns his stripe by being elected to Congress by the people of Ohio’s 8th Congressional District and was later elected by his colleagues to serve as House Majority leader on February 2, 2006.

Following the Republicans majority win of 242 seats in the House of Representatives in the 2010 midterm election, Boehner was unanimously chosen by House Republicans as speaker of the House.

That said, Boehner in his climb to his current position earns himself a salary of $223,500 excluding the perks that comes with the job. Not much by corporate executive standards, but the power and status that come with his position is priceless.

Now, Boehner serves as a leader in a Congress that has a 78 percent disapproval rating among the American people. Moreover, he serves at a time when the following headlines are plastered all over the media:

ISIS: The first terror group to build an Islamic state?

The U.N. says 7 in 10 Palestinians killed in Gaza were civilians. Israel disagrees.

Obama on IS: ‘No strategy’ remark reveals political truth

Moreover, today, the Russian backed rebels continue to run roughshod over the Ukrainian army. This has now been described as a Russian invasion rather than a rebel uprising.

According to a press report, Ukrainian President Petro Poroshenko warned that his nation’s crisis with Russia has worsened in recent days and is inching closer to a “full-scale war.”

At the same time, the terrorist group ISIS has not only established entrenched positions in both Iraq and Syria but is also posing a threat to more countries in the region.

The fact is nothing much if anything has been said by House Speaker Boehner, on any of the issues mentioned in the foregoing. However, recent press reports shows a video posted on YouTube entitled “The Monkey In the Room.” Here, Boehner is said to “Reflect on one of his favorite office props — an animatronic stuffed monkey, complete with cymbals and a silly grin.”

“This sits in my office on the coffee table, because this is me,” he says in the video.

Surrounded by a group of children as they watch the noisy toy gleefully, Boehner points to the monkey and exclaims, “That’s what I do all day!”

Now, as a leader within one of the major political parties in the country and the House of Representatives one would expect leadership across the political divide to be in a huddle developing strategies to fight injustice and evil at home and abroad. However, it’s apparently clear that Boehner would rather monkey around than to lead from the front.