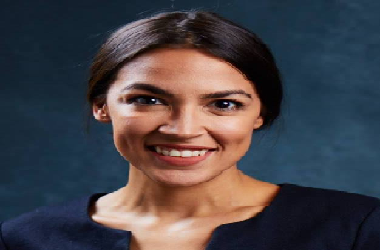 Rep. Alexandria Ocasio-Cortez (D-N.Y.) takes exception to President Trump referring to her as “AOC” during the presidential debate, saying it is an advertisement for his “disrespect of women.”

“If someone told me 3 years ago, while I was waitressing to help my family stay afloat, that in a few short years an unhinged President of the United States would be repeatedly saying my name at the 2020 debate, I would’ve brought them some water and told them to sober up,” the congress first-term congress woman tweeted.

The left-wing leaning congress woman reacted quickly to the President’s remarks on Twitter.

“It’s actually AOC plus 115 because that’s how many House and Senate members have cosponsored the most ambitious climate legislation in American history,” she wrote.