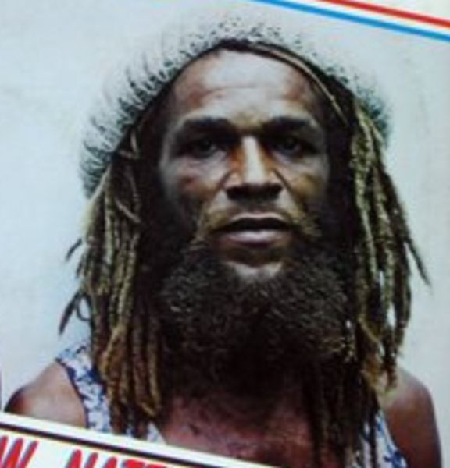 No one remember old Marcus Garvey

No one remember old Marcus Garvey

No one remember him, no one

They been talking about Paul Bogle

They been talking about William Gordon

The song titled, Old Marcus Garvey, must be the refrain of Alric Lansfield Malcolm aka Goldie Locks.

Born on August 8, 1950, in Troy, Trelawny, Goldie has always been driven by his love and passion for music.

At the tender age of 17, sensing that there was no future for him in his little rural village, he decided like many other youths from rural Jamaica to make that trip to Kingston to seek his fortune.

His journey would land him in one of the most deprived areas of Kingston — Waterhouse.

However, it was in this community after doing ad-hoc jobs, Goldie’s childhood dream of becoming a reggae singer would find roots and come to fruition.

The community of Waterhouse, like Bob Marley’s Trench Town, were the go-to places for any upcoming and budding new artists in the early 70s.

Waterhouse has the reputation of producing some of Reggae’s most outstanding talents. These include artists such as King Tubby, Black Uhuru, The Jays, Junior Reid, King Jammy, Baby Cham, Little Kirk, Michael Rose, Beenie Man, among others.

It was among this august group of artists Goldie was to enjoin himself later, rubbing shoulders with the likes of Garth Denis, Ducky Simpson, Don Carlos, among many others.

He teamed up with Don Carlos of Black Uhuru and Wailing Soul fame as a co-writer and accompanying vocalist singing songs such as Them Say, Judgement Day, It Was Love, Come In Girl, Every time I See You, among many others.

Together, they both worked with Dr. Dread in producing several albums.

After touring the live circuit with Don Carlos, Goldie later moved out on his own, but soon after, destruction struck in the late 1990s, and unfortunately, it has been downhill for Goldie since then.

Following a short sojourn Maryland, fate would put Goldie in the wrong place at the wrong time as he got caught in the crossfire of a drug robbery.

He received several gunshots, which left him crippled from that incident and soon after was deported to Jamaica as he was only on a work visa at the time.

Today, Goldie is lonely, neglected, and forsaken by friends and family while cooped up in a nursing home in May Pen, Clarendon. Goldie receives no royalty from his music or has no one to turn to and is living a penury life depending on the mercy and help of strangers to get by each day.

Goldie’s career has been cut short, but he remains resolute in his spirit to fight on regardless of the odds and the predicament in which he has found himself.

The truth is artists in Jamaica don’t take time out to secure their future in contractual arrangements.

So, the question goes a begging who represents Goldie’s interest in royalty claims? The Jamaica Federation of Musicians? His lawyer?

Many artists continue to fall on bad times, and some even sit on resources, not knowing their rights.

This situation, therefore, means more need to be done locally to educate and enlighten artists about the industry so that they do not fall through the cracks.

Goldie, a man beloved as a non-disabled person, but now forgotten since disabled — in the words of President Donald Trump — sad!