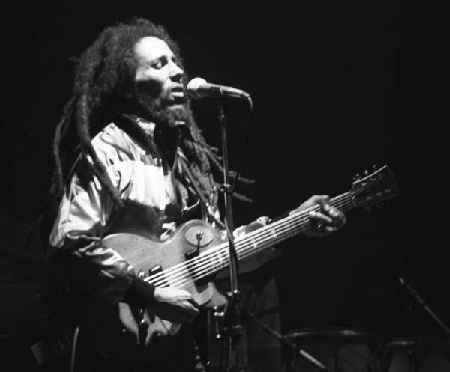 The uniquely created music — Jamaican Reggae has been inscribed on the UNESCO Representative List of Intangible Cultural Heritage of Humanity.

The decision was made at the 13th session of the UNESCO Intergovernmental Committee for the Safeguarding of the Intangible Cultural Heritage in the Republic of Mauritius following a strong lobby and advocacy by the Government of Jamaica, led by the Minister of Culture, Gender, Entertainment and Sport, the Honorable Olivia Grange.

Reggae has its roots in ska and rocksteady and came into prominence in the 1960s. It was made popular and introduced a global audience by artists such as Bob Marley and the Wailers, Jimmy Cliff, Toots and the Maytals, and Peter Tosh.

Minister Grange was moved to tears following the announcement and the support which Jamaica’s nomination received from more than 190 State Parties in attendance at the meeting.

“It shows the popularity of Reggae music across the world and the captivating influence of the Jamaican art form,” said Minister Grange.

The UNESCO Evaluation Body had recommended that Jamaica’s nomination be deferred to the next round in 2 years.

However, Minister Grange said, “we were not willing to accept that and decided to journey to Mauritius to defend our position. After making our case to the delegates, the overwhelming sentiment was that it would be a travesty if our nomination was not accepted. That gave us supreme confidence”.

When the Jamaica file was introduced on the floor, all 23 members of the Intangible Cultural Heritage (ICH) Committee expressed their support and asked the Jamaican Delegation to take the floor to clarify the concerns raised by the Evaluation Body. Jamaica made its presentation; the delegates showed their support and the room erupted in jubilation.

In expressing appreciation for the inscription, Minister Grange said “Jamaicans have long recognized that Reggae music means so much to so many across the world. This inscription will invariably bring even more visibility to UNESCO’S Representative List of the Intangible Cultural Heritage of Humanity and intangible cultural heritage as a whole, and it demonstrates Reggae’s global impact”.

Reggae becomes the second Jamaican ‘element’ to be inscribed on the Representative List of the Intangible Cultural Heritage of Humanity following the addition of the Maroon Heritage of Moore Town in 2008.