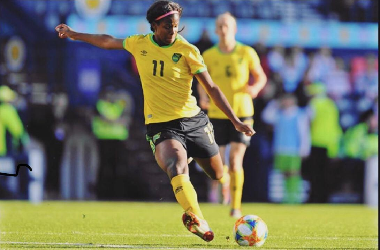 The Jamaican footballer who plays as a forward for Manchester City of the English FA Women’s Super League was the only Jamaican named in the eleven.

The 25-year-old Shaw made her professional debut on August 25, 2019, with Bordeaux against FC Fleury 91.

She has been dubbed the goal machine, both locally and internationally.

Among the CONCACAF women’s best eleven for the month are two Haitians, two Cubans, two Mexicans, two Guatemalans, and one player from Panama and the Dominican Republic.

Despite not making the eleven, the following players were credited for their performance, Reggae Girlz strikers Jody Brown and Tiffany Cameron.

Brown scored three goals in the two qualifiers, while Cameron netted one.

The Reggae Girlz will next be in action against the Cayman Islands away on April 9 before hosting the Dominican Republic on April 12.