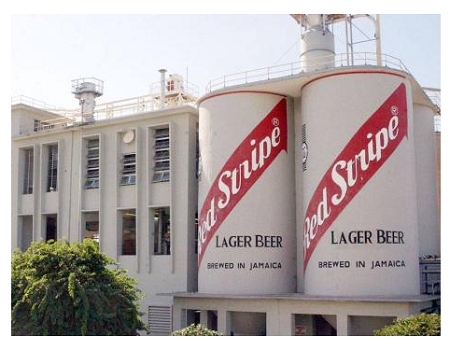 London-based alcohol company, Diageo, the parent company of Red Stripe, is reportedly facing a lawsuit in the United States for misleading consumers into believing that the beer the company manufacture is made in Jamaica.

The lawsuit, filed by two persons in a US Federal court last week, takes aim at the Red Stripe promotion in the US which calls the beer a “Jamaican Style Lager” that contains the taste of Jamaica.

The lawsuit says the promotion is misleading because Red Stripe supplied in the US market is not made in Jamaica, but instead in Pennsylvania. Red Stripe made the decision to start producing its signature beer destined for the US market in that US city in 2012.

Red Stripe is made by a company called City Brewing Company, which pays Red Stripe royalties to produce the beer.

When the Jamaica Observer approached Red Stripe yesterday, it declined to comment on the suit apart from saying: “We have been very transparent about where Red Stripe is produced and we do not believe this case has any merit. However, because this is an active litigation we are not commenting at this time.”