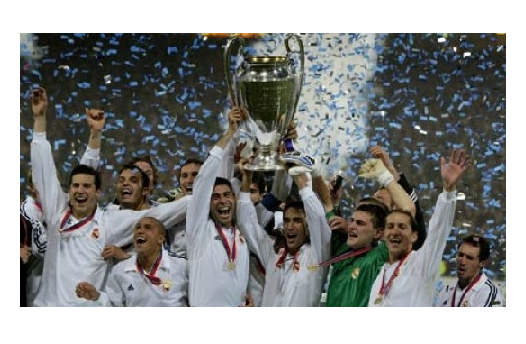 Real Madrid won their 10th UEFA Champions’ League title with a stunning 4-1 victory over fellow Madrid side Atletico in Lisbon.

Atletico, the La Liga champions who humbled Real into third place in the league, took the lead through a 36th minute header from Diego Godin, as Real’s veteran goalkeeper Iker Casillas had a rush of blood and left his goal unprotected.

With seconds remaining in injury time for and Atletico win,  in fact about 3 minutes into injury time, Real’s Sergio Ramos scored to tie the final. The scores remained 1-1 after the first period of extra time, then Atletico seemed to run out of steam. Gareth Bale broke their resolve with a header in the 110th minute to give Real the lead for the first time, 2-1. Then Marcelo scored in the 118th minute followed by European footballer of the year Cristian Ronaldo, who added a penalty to make the final score 4-1.