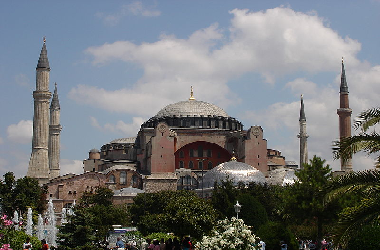 Following the decision by Turkey’s President Recep Tayyip Erdogan to reconvert Istanbul’s iconic Hagia Sophia church as a place of worship to Muslims, some church leaders and top officials worldwide have expressed concerns and reacted negatively to Erdogan’s move.

On the other hand, Muslims are gleeful that the President has taken what is described as a weighty decision.

Here are some reactions:

“The concern of millions of Christians has not been heard,” said Russian Orthodox Church spokesman Vladimir Legoida, according to reports.

UNESCO said its World Heritage Committee would review Hagia Sophia’s status, saying it was “regrettable that the Turkish decision was not the subject of dialog nor notification beforehand.”

“We are disappointed by the decision by the government of Turkey to change the status of the Hagia Sophia,” Morgan Ortagus, State Department spokesperson, said in a statement.

“Opening of Hagia Sophia to prayer is a proud moment for all Muslims,” said Rafat Murra, head of international press office of Hamas, in a written statement, quoted by Turkey’s Anadolu Agency.