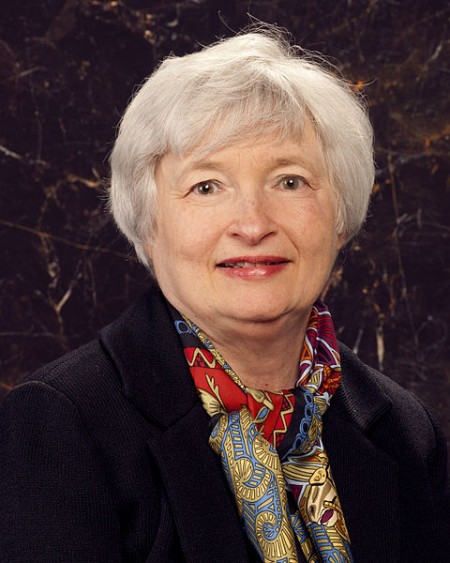 She posited that with continued improvement in economic conditions, an increase in the target range for the rate and its subsequent path will be determined by the Committee based on incoming data on labor, market conditions, inflation, and other aspects of the current expansion.

Yellen bemoaned the fact that the recovery of the labor market from the deep recession following the financial crisis has been frustratingly slow. She  noted that the fall in the unemployment rate to 5.5 percent was a welcome signal, though not yet at the 5.0 – 5.2 percent, considered by most FOMC participants to be the ideal range.

She however, foresees further growth in various sectors of the economy that would boost incomes and increase household wealth and therefore raise the level of consumer confidence. Overall, she said that she anticipates a faster expansion in real domestic product, thus further gains in employment.

At the same time she was careful in her overall assessment of activities within the economy reminding her audience that the economy in an underlying sense remains quite weak by historical standards.

Yellen explained further that the Committee’s decision about when to begin reducing accommodation would depend importantly on how economic conditions actually evolve over time.

She said however, that she believes along with many of her colleagues that the time draweth nigh for an increase in federal fund rates target, but not now.

She further argued that the militating factors against an increase rate at this time are the relatively high inflation and unemployment rates.

That said, Yellen believes that economic conditions may warrant an increase in the funds rate later this year.