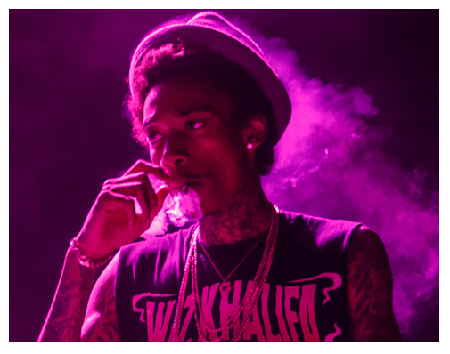 The American rapper, songwriter, and actor was returning from a sold out performance in France and Finland when he was reportedly apprehended by the police for the refusal to get off his hoverboard inside the airport.

“Haven’t been slammed and cuffed in a while. That was fun,” he tweeted, along with a photo and video of the incident.

He also posted a video to Instagram in which three officers can be seen holding him to the ground. The officers repeatedly tell Khalifa, to “stop resisting” as he responds, “I’m not resisting.”

“They love sayin stop resisting,” he tweeted. “All because I didn’t want to ditch the technology everyone will be using in the next 6 months. Do what you want kids.”

According to press reports, an airport police spokesperson said that the officers in the video were customs agents. A spokesperson for LAX’s U.S. Customs and Borders Protection was unavailable to comment.