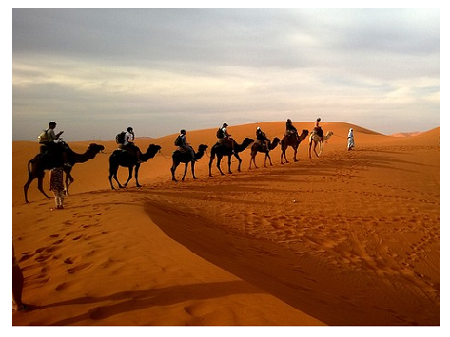 Dr. Fazale Rana, in an article on the popular website reasons.org, sought to address a question asked regarding biblical inerrancy.

A Facebook friend named Oliver recently asked for help addressing an unusual challenge to biblical inerrancy. A skeptical friend of Oliver’s claimed that the Bible misrepresents the timing of camel domestication. He wrote, “If the Bible can’t even get that right, how can I believe the rest of what it says?”

I admit I had not heard of this particular objection until Oliver brought it to my attention. It turns out to be a relatively recent challenge. In late 2013, two researchers from Tel Aviv University reported that domesticated camels first appeared in Israel around 930 BC.1 Yet Genesis mentions domesticated camels several times. For example, in Genesis 12, Pharaoh gifts Abraham (then Abram) with camels and later, in Genesis 24, Rebekah offers to draw water for a camel caravan. The camel use described in Genesis would have taken place around 2000 to 1500 BC.

Skeptics have been quick to note that the mention of camels in Genesis is a significant discrepancy. It indicates, they say, that this portion of Scripture was written at a much later date than previously thought and not by Moses, as tradition has it. According to Israeli biblical scholar Noam Mizrahi, the camel stories in Genesis “should be viewed as back-projections from a much later period.”2 Mizrahi continued, “These traditions were indeed reformulated in relatively late periods after camels had been integrated into the Near Eastern economic system.”3

The Israeli archeologists didn’t undertake their work on camel domestication in order to test the Bible’s reliability. They simply wanted to determine when dromedary camels (the one-humped variety) were first domesticated in the Levant. The domestication of camels permitted long distance trade across the desert for the first time, connecting Arabia with India. This connectivity had huge social and economic impacts.