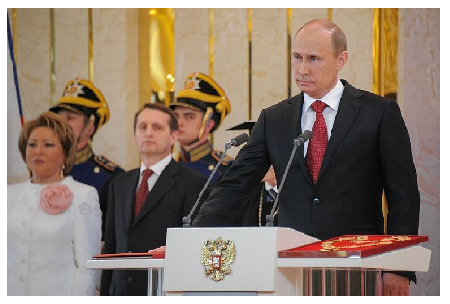 It has been thirty six years since the Soviet Union fought with Muslims in Afghanistan in a war which lasted for over nine years.

Before the Soviet landed troops in Afghanistan, the pro-Soviet strong-man Nur Mohammed Taraki had taken power earlier via the route of a coup to head the Afghani government.

However, Taraki’s radical reform, suppression, and killing of opposition leaders led to open rebellion and before long he was killed.

The Soviet had earlier sent in covert troops to advise and support the Afghani government then, but later deployed an army and installed Afghan socialist Babrak Karmal as the head of the government following the death of Taraki.

All hell, however, broke lose as the Soviet continued with its troops build up in Afghanistan.

Ultimately, they were never allowed to settle and take control of the country as the Afghan Mujahedeen waged guerilla war against them and was a constant thorn in their side.

Moreover, there were widespread condemnation from members of the international community.

The U.N. General Assembly protested the Soviet intervention in the country, and the foreign ministers from 34 nations of the Islamic Conference adopted a resolution demanding “the immediate, urgent and unconditional withdrawal of Soviet troops” from Afghanistan.

Needless to say, in the end, the war caused the death of thousands of lives, massive destruction to the country’s infrastructure, major dislocation and hardship to Afghans, and was a tremendous cost to the Soviet.

Fast forward to today; Russia under the leadership of Vladimir Putin has decided to outflank the U.S. and its allies by injecting itself into another Muslim country to side with Syrian strong man Bashar al-Assad.

Now, there has been a strong hue and cry among Republicans that Obama’s weakness and inaction have led to Russia asserting itself in the Middle East, thus stealing the U.S. thunder.

The question, however, one must ask, could this be Putin’s Waterloo, or is Russia playing smart but not being clever?

The fact is Russia’s defense of Bashar al-Assad not only flies in the face of the U.S. and its allies, but also all Sunni Muslims in the Middle East and throughout the diaspora.

President Obama is now well positioned to set a “bear trap” for the Russians by allowing them to not only spend their resources to fight ISIS, but also give them cause to breed anti Sunni animosity, sentiments, and fight at home and abroad.

The truth is once Russia gets sucked into this quagmire one can hardly see them getting out without the help of the U.S. and its allies.

That said, amidst all of this Ukraine may very well have the last laugh.