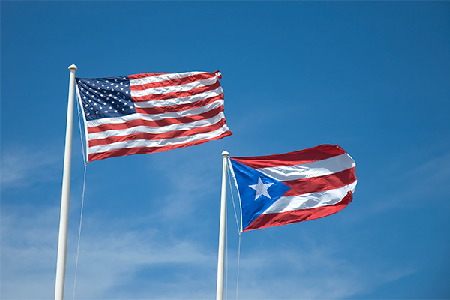 Hurricane-stricken Puerto is bleeding, and the mayor of San Juan is outraged at the slow pace at which help is coming from the U.S.

“We are dying here,” according to Mayor Carmen Yulín.

“I cannot fathom the thought that the greatest nation in the world cannot figure out logistics for a small island,” she said during a press conference.

“I am asking the President of the United States to make sure somebody is in charge that is up to the task of saving lives,” she added.

She further warned, “if we don’t get the food and water into peoples’ hands what we are going to see is something close to genocide.”

In a letter to the House Committee on Oversight and Government Reform Rep Elijah Cummings, Democrat of Maryland, and Rep Stacey Plaskett, the U.S. Virgin Islands’ delegate to Congress, sought to convene a hearing to address what they called the slow pace of federal help in the aftermath of successive battering hurricanes.

The lawmakers pleaded for urgent action to forestall “a worsening of the human tragedy that is unfolding” and cites criticism that the Trump administration is not doing enough to aid the devastated islands, where infrastructure lies in ruins, millions are without power and shortages of food and medicine are imperiling survivors.

“This issue is in desperate need of rapid and robust oversight,” the letter says. “Millions of American citizens residing in Puerto Rico and the US Virgin Islands are facing massive calamities – including widespread disease and death – and we need to help them now.”

In the meantime, President Trump is applauding his administration for their effort in getting help to the people of Puerto Rico.

“People can’t believe how successful that has been, relatively speaking,” Mr. Trump said.