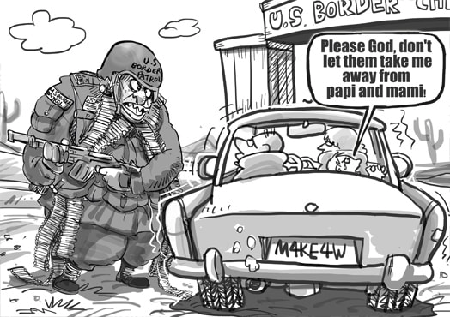 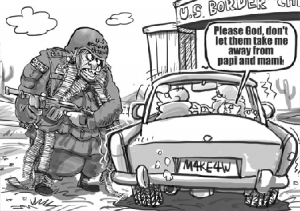 “When people come into our Country illegally, we must IMMEDIATELY escort them back out without going through years of legal maneuvering. Our laws are the dumbest anywhere in the world. Republicans want Strong Borders and no Crime. Dems want Open Borders and are weak on Crime!” — that’s the message the President greeted protestors with as he doubled down on his policy amidst the protest of tens of thousands of people who took to the street nationwide to voice their objection to the President administration’s strict migrant policy.

Overall, protesters could be seen with placards and signs of all sizes with writing such as:

“Stand with immigrants! Say no to racism!”

“We are all immigrants.”

“Seeking safety is not a crime.”

Organizers and protesters called on the Trump’s administration to:

Recently the President yielded to public pressure after weeks of domestic and international outrage.

He issued a new order to prevent children from being taken from parents who face criminal prosecution as part of his “zero tolerance” towards illegal crossings of the US border from Mexico.

Faced with a backlash, President Trump instead promised to “keep families together” in migrant detention centers.